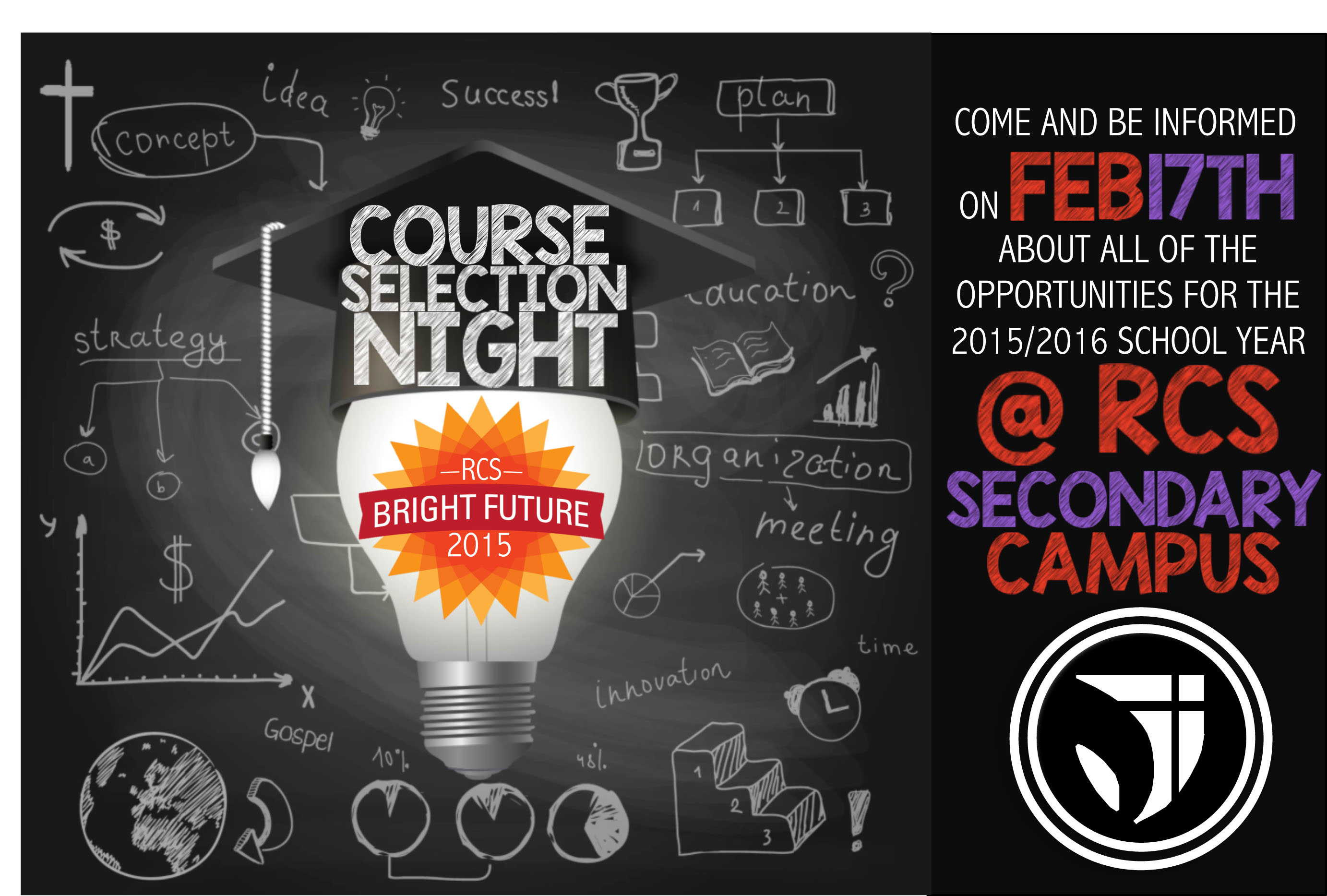 On Tuesday, February 17th, the Secondary Campus will be informing the RCS community of the different options and requirements students will need for the upcoming 2015/2016 school year. The Course Selection Night is for all current grade 8 to 11 students and parents, or in other words, next year’s Grade 9 to 12 students.

It is an important event where students and parents can properly plan the upcoming school year, being fully informed of the details that need to be considered for the following grade. Each information session is tailored to give significant information for that specific grade for your planning. In addition, an open house is being offered to allow students and parents an opportunity to ask questions and discuss choices with various teachers.

Please come and be involved with your student’s bright future at RCS. 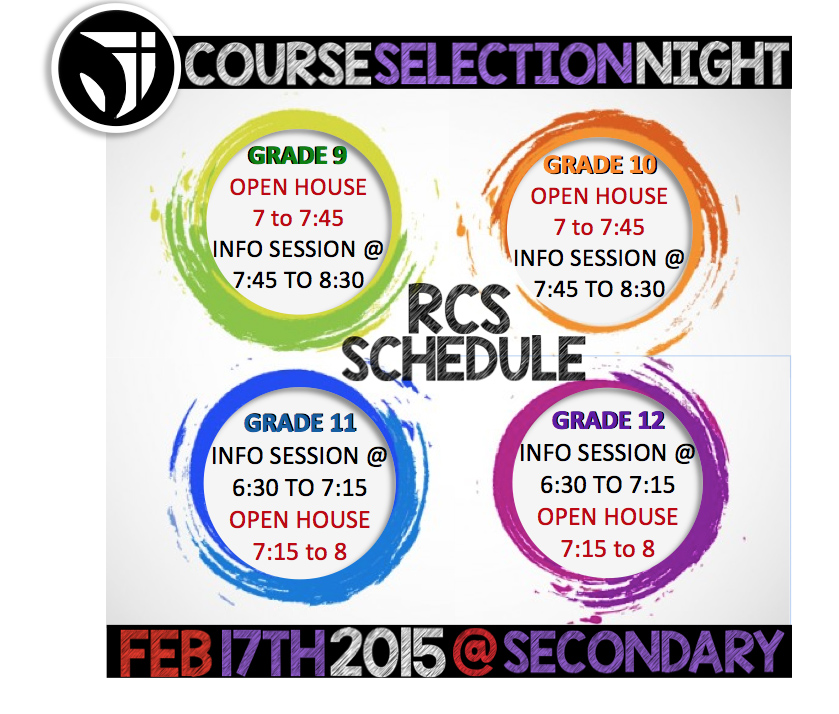 Poetry In Voice is a poetry recitation contest for secondary schools across Canada. The competition begins at the classroom level then advances to the school level. All are invited to watch the school finals next Wednesday February 11 at lunch in the Secondary Library.

There will be four English performances and three French performances from which we will select a winner in each language stream to submit to the Online Semi-Finals. If a student from our school is selected from the Online Semi-Finals, they will be invited to participate in the National Finals which will take place on April 20 & 21 at La salle Pierre-Mercure in Montreal. Canadian poets, actors, and other cultural figures judge the recitations and award nearly $25,000 in prizes!

We are very proud of our students who have worked hard to internalize and perform these poems with passion, gusto, and heart and wish them all the best in these next few rounds of the competition.

Where poetry had previously seemed to me an incomprehensible amalgamation of big words,
I now experience its inexplicable and exciting energy instead.

Poetry has taught me many a good thing.
I learn that
words conjure reason in our minds,
sounds soothe the beasts in our souls,
rhymes beat to the rhythm of our hearts. 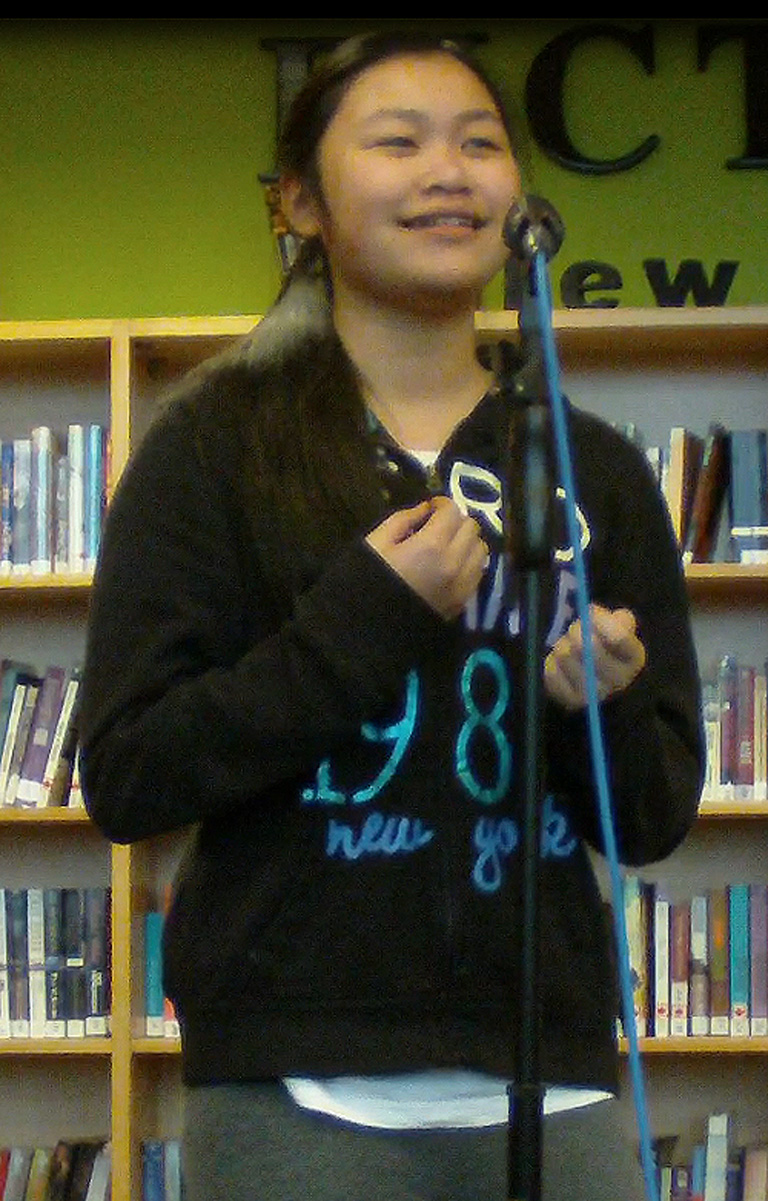 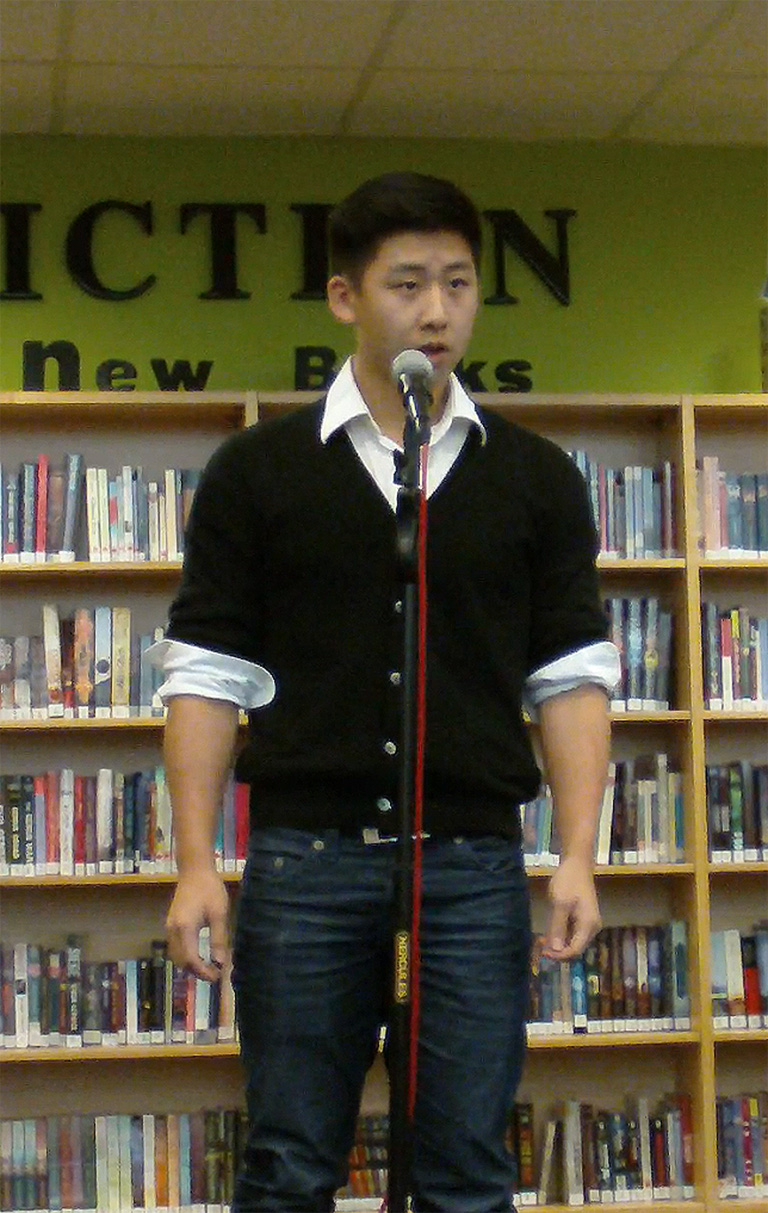 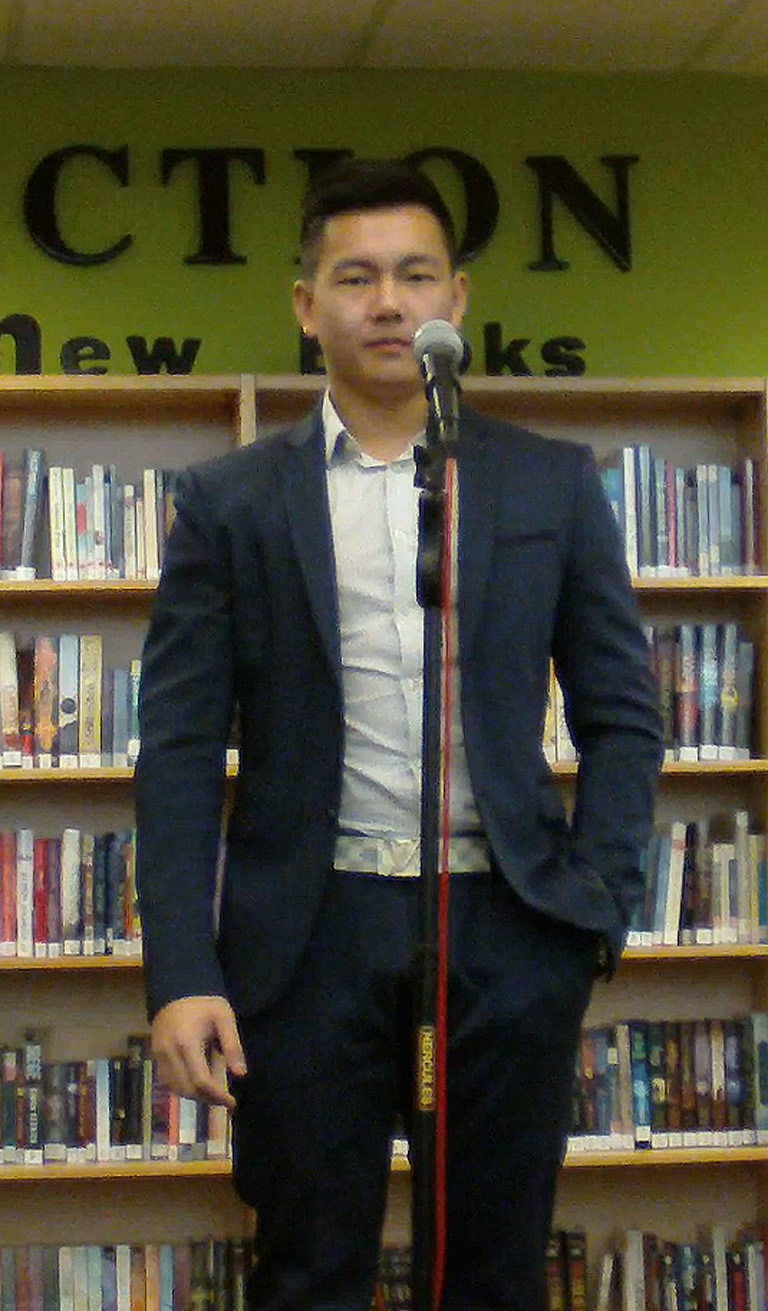 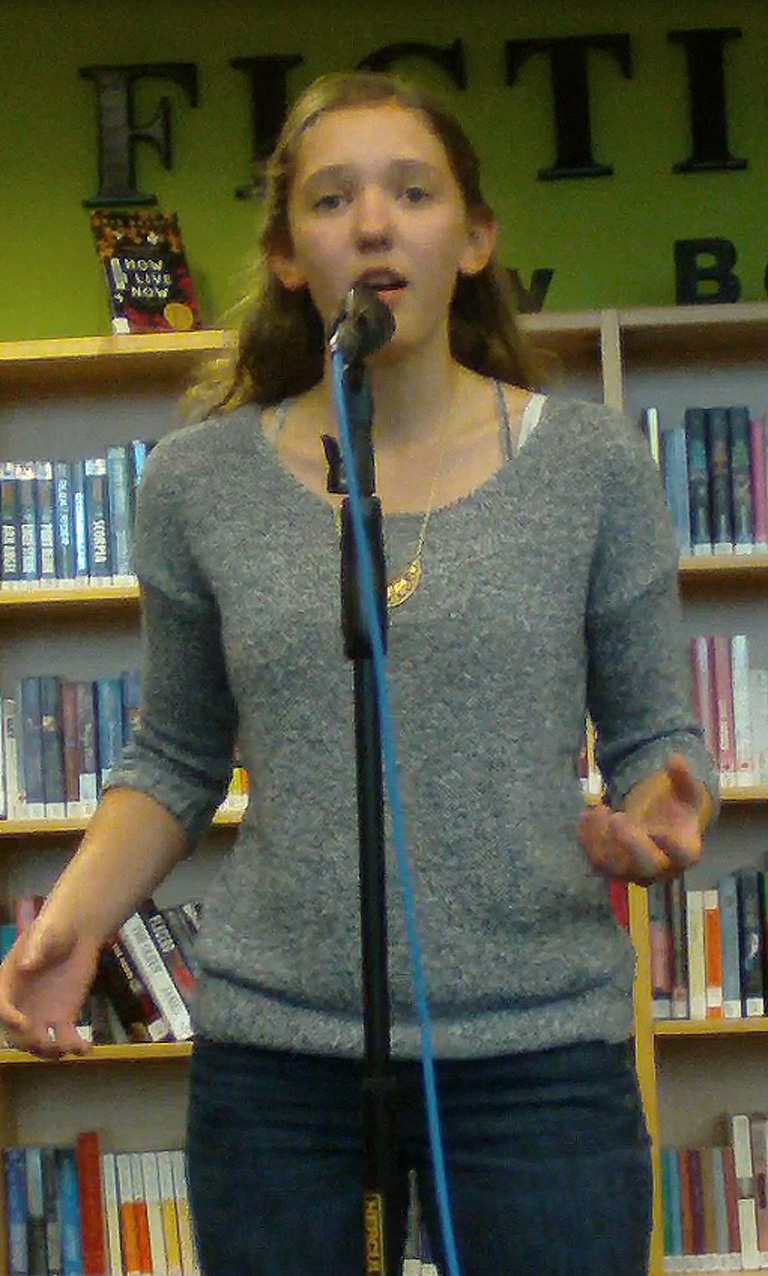 Over the weekend of January 30 – February 1, thirteen motivated Grade 9, 10, and 12 students from the Secondary Campus attended Vancouver Model United Nations 2015, a three-day conference held at the Hyatt Regency Vancouver.

Model United Nations is a simulation exercise in which students don the roles of international representatives, within such committees as the North Atlantic Treaty Organization (NATO), the European Union, and the General Assemblies of the United Nations. They tackle global issues ranging from the adoption of the F-35 Joint Strike Fighter to Human Trafficking in Continental Europe, working with other delegates to negotiate solutions to these problems.

All our delegates performed spectacularly, contributing to debate in rigorous 4-hour sessions over a total of 21 hours in committee rooms, not to mention the grueling midnight crises, where students found resolutions to anything from Russia invading the rest of Ukraine to ISIL taking control of World Heritage Sites for ransom.

Special congratulations to Esli C., representing Latvia in the EU, who won Best Delegate, and Graeme B., representing Bulgaria in NATO, who won Honourable Mention. An additional thank you goes out to Mr. Kinniston and Ms. Smith, the advisors for the Model United Nations Club, and Elliott C. and Esli C., the head delegates.

We are very proud of all our delegates’ results! 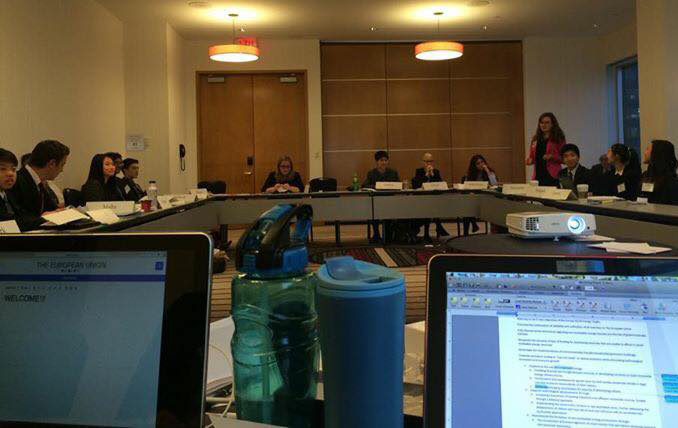 On Thursday, January 22nd, Grad Legacy hosted an event that presented our students with an opportunity to experience a forgotten decade, the 80’s. With disco balls, floats, and a funky dress code, a real atmosphere was churning inside the school walls. With all the fun, what most impressed us, as Grad Legacy, was our success in creating a community that unified all the grades of our secondary campus. With a combination of opportunities and events to let loose and get social, the 80’s Night will be a lasting RCS memory for those who attended.

Dancing, fun activities, and pie throwing all contributed to the amazing experience that was in the making. However, despite the great community atmosphere, Grad Legacy was always set on one true goal, raising money for Ratanak International, an organization bringing countless hope to children. The 80’s Night exceeded our expectation and raised $2742. The real highlight of the night was Grad Legacy being able to joyfully serve Christ in all aspects of life. 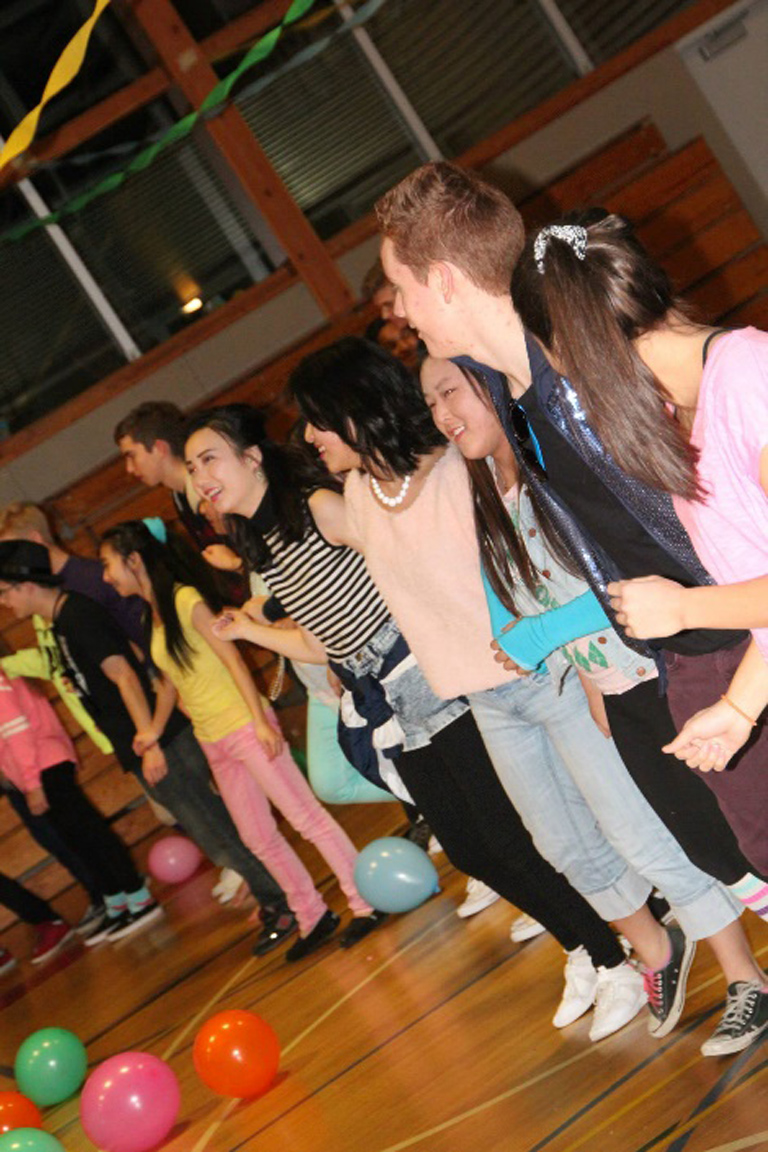 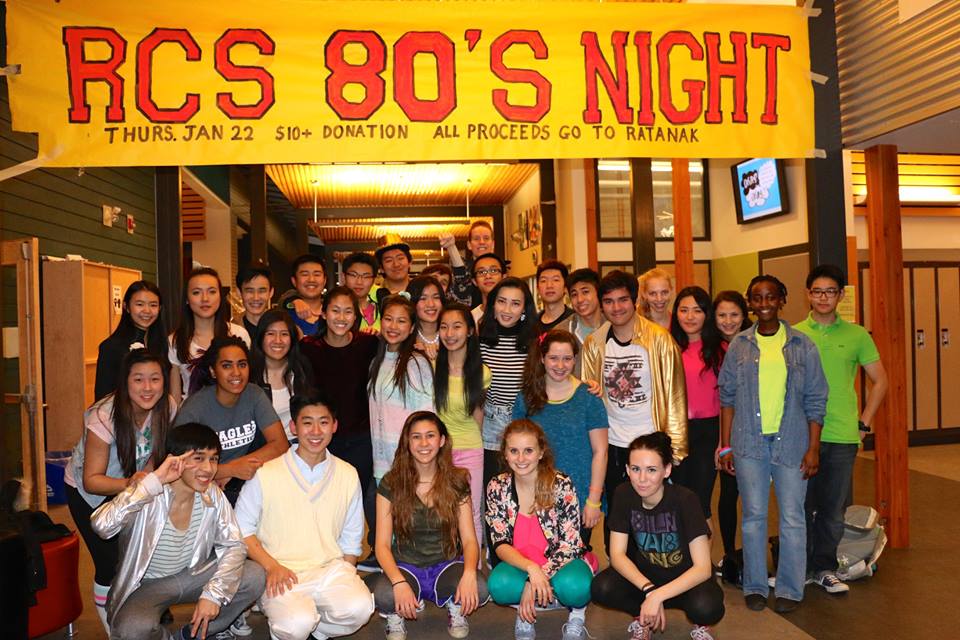 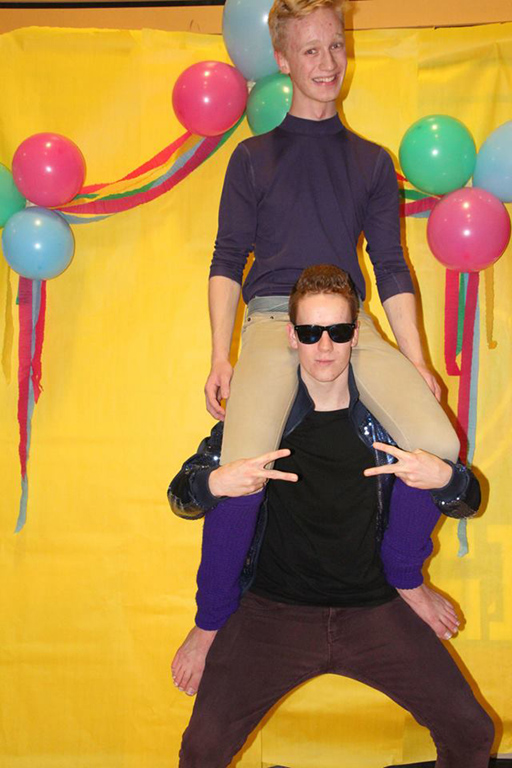 Please watch for a full article on Thursday’s Humanities Fair in the next issue of The Eagles Eye! 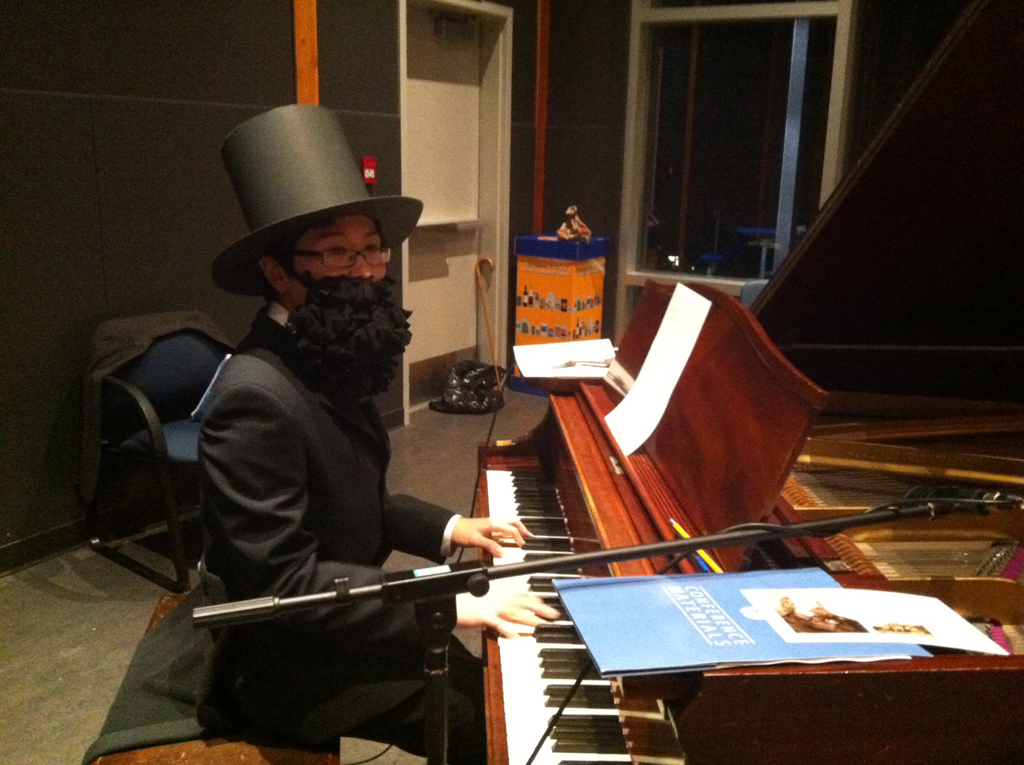 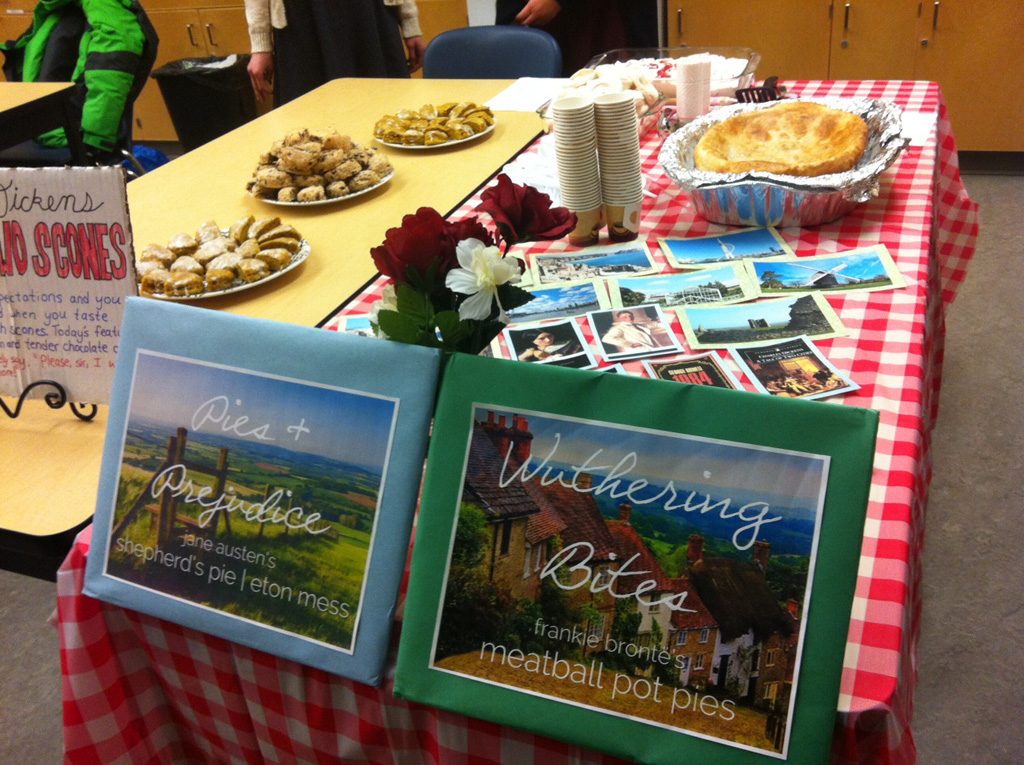