The Richmond Christian Eagles were a model of consistency all season and they proved it one final time at the B.C. “AA” Championships.

The senior boys volleyball team capped one of the best seasons in school history with a fifth place finish after a straight set (25-17, 25-23) over Okanagan champion and No. 3 seed George Elliott Coyotes from Lake Country.

Richmond Christian went on to dominate local play — dropping just one set all season en route to capturing the city championship. The domination continued at the Lower Mainland Tournament, earning the Eagles the No. 5 seed for the 16-team provincial tourney.

Richmond Christian cruised to a three-set (25-16, 25-16, 25-22) victory — setting the stage for Thursday night’s quarter-final date with Duchess Park. The highly-touted Prince George school entered the tournament ranked No. 2 in B.C. but slipped to the fourth seed after going 0-3 in power pool play. However, they were back in top form for the championship round in what proved to be a tough match-up for the Eagles.

The boys regrouped for consolation play on Friday, avenging an earlier loss to MEI (25-17, 25-12) to earn the chance to face George Elliot.

The boys were coached by Connor Ewert with assistants Anthony Beutel and Angela Wilson. Congratulations Eagles to a great season and representing RCS with integrity and character. 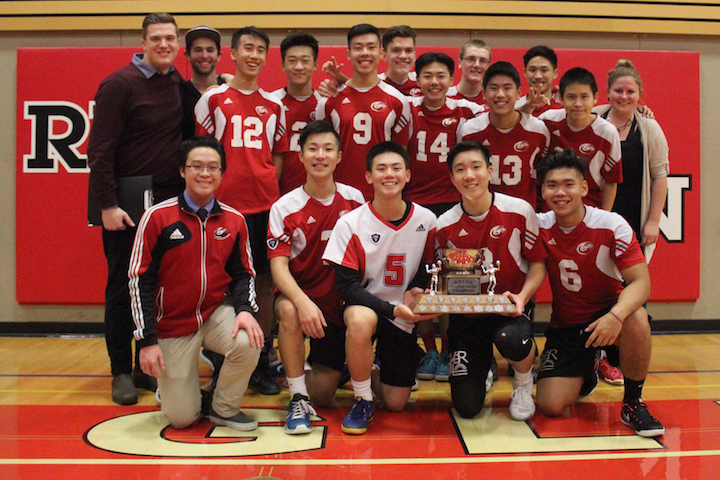 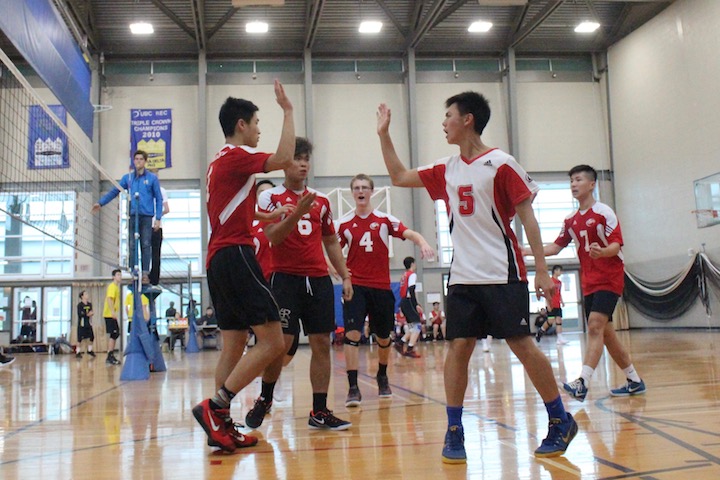 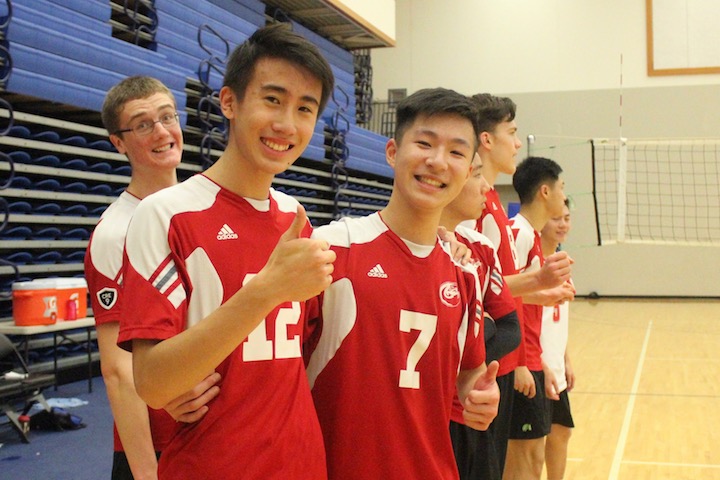 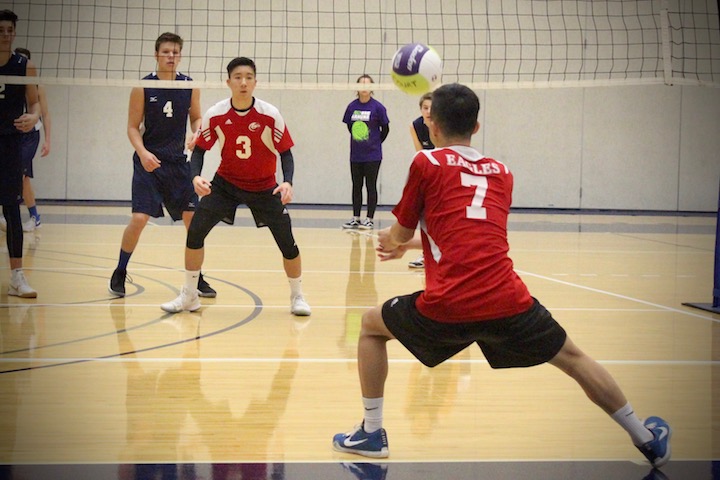 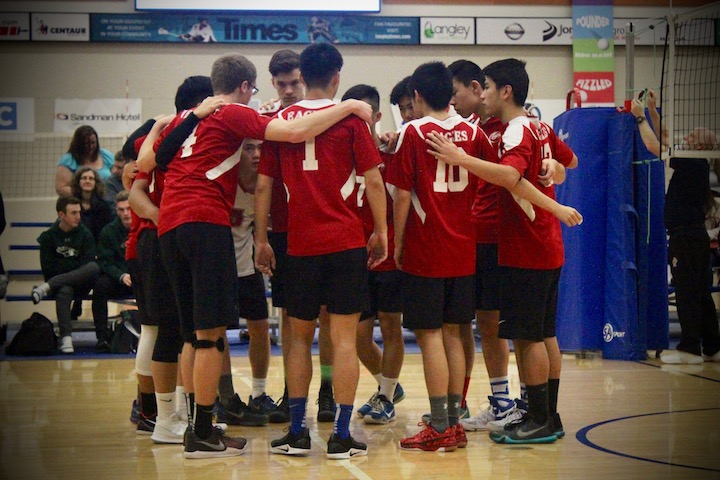 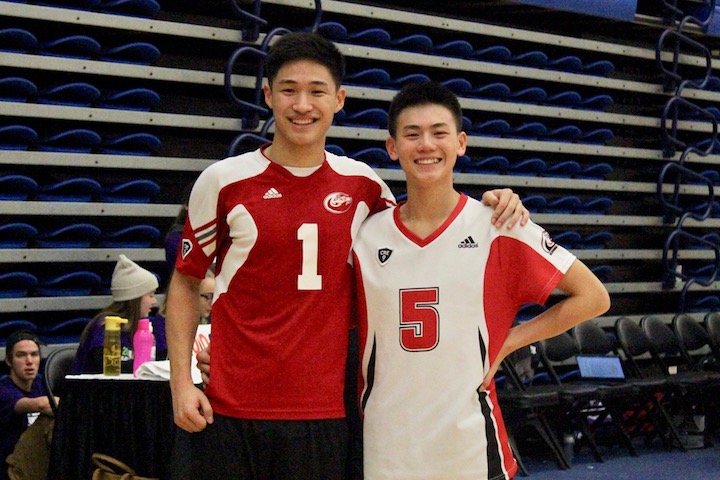 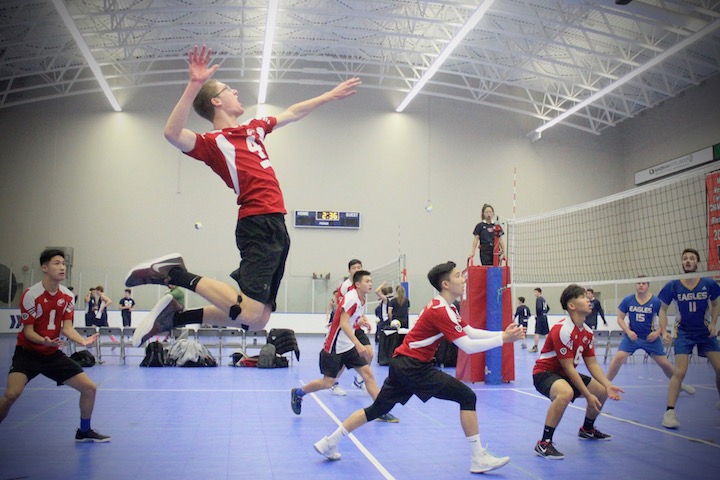 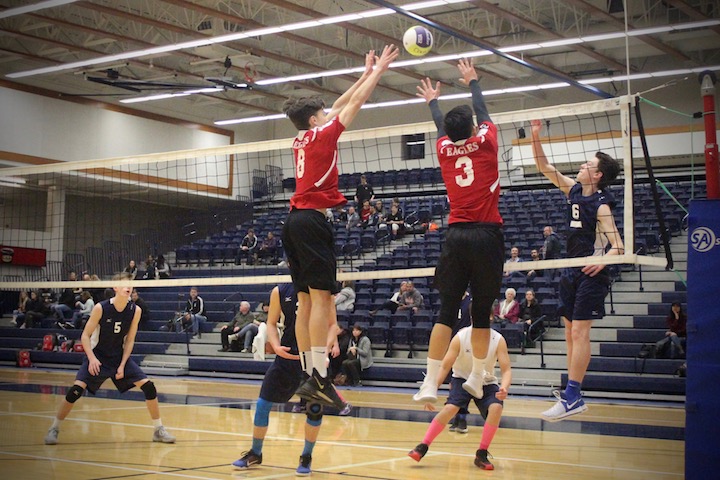 to all the fans that came to support and cheer for the team at each game: parents, siblings, teachers, friends, and alumni.

“Although it was a short season, the girls on this team have bonded very well throughout the practices, games, and tournaments we participated in. They have lots of enthusiasm on court and it has been a pleasure to play and improve with these girls.” from the captain of the Jr. Girls Volleyball Team

Throughout the season, the team greatly improved upon working together as a unit to create coordinated attacks and responsive defence. This group of girls is a dynamic, joyful and hard-working team and we look forward to how they continue to glorify God with their sports talents. 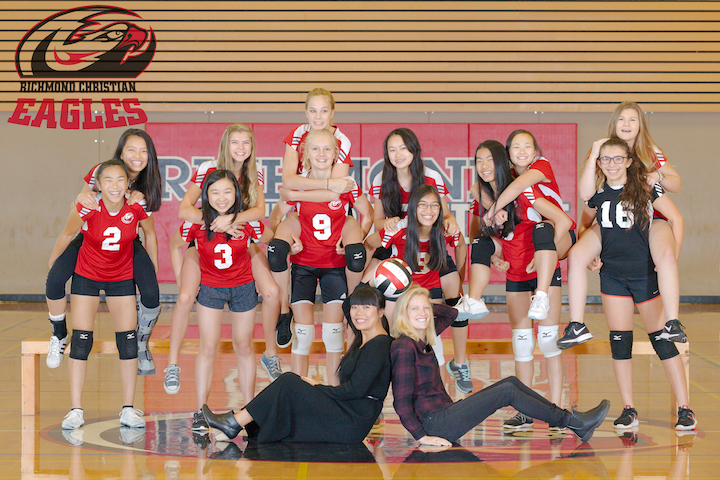 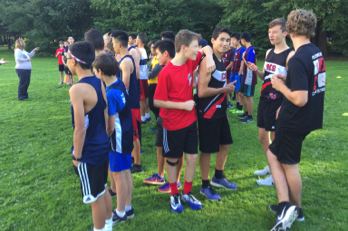 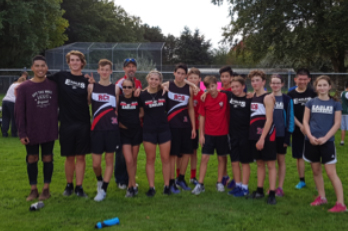 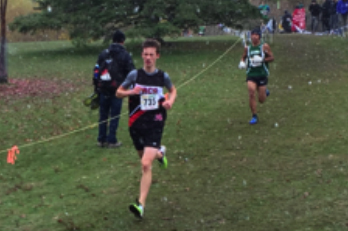 Do you not know that those who run in a race all run, but only one receives the prize? Run in such a way that you may win.

Challenging. Fun. Hard. Tiring. Wet. Fulfilling. These and so many other words could be used to describe cross-country running and the races we had this season. This years RCS Cross Country Team exemplified focused, determined and prepared running. Our Team was diverse and energetic. Regular weekly training runs helped to increase stamina and smooth strides. The close-knit group of runners on the team spanned all grades (eight grade 9’s, two grade 10’s, seven grade 11’s and one grade 12) and took the first step together on September 14. The season consisted of four main Richmond school Meets hosted by different schools in various parts of Richmond. The final Richmond Championship Meet, held at Garry Point Park was also the Zone Finals for approximately 400 runners from Richmond-New Westminster-Burnaby. Throughout all the Meets our runners not only competed well, but showed Christ-like camaraderie with other runners through encouragement, support and teamwork.

Several standouts showed remarkable grit. Jessica Kim (grade 12) was back for an amazing third season with her remarkable finishing speed. Team Captain Josh Woolgar actually won most of the Richmond Meets by a significant margin over even older runners. Newcomer Charity Field was consistently in the top senior female finishers, while sisters Aimee and Kate Buhr and Katrina Wong showed incredible speed and endurance. Everyone had solid races throughout the season that saw Charity (Field) Romain Tourvielle and Josh (Woolgar) qualify for Provincials. It was a chilly, snowy and energy charged day for Provincials on November 4th at Jericho Park in Vancouver. Several hundred of the best runners in each category (Para, Junior Girls, Junior Boys, Senior Girls, Senior Boys) from across the Province (1000 total), made the demanding race a memorable and milestone experience. Josh finished 31st out of 233 Senior Boys with a blistering time of 24:59 for the 7k race- our best finish to date!

Each athlete of this awesome Team has been a joy to coach, train with and watch succeed, they have truly “run with endurance the race that is set before you.”

The Autumn Fest leadership team would like to thank the over 130 students in attendance for coming out— we hope you enjoyed taking time off from homework to build community with us! Most of all, we’re grateful to our committee for their creativity and hard work, as well as the rest of SALT for stepping up and lending their support to make the event a success. Your time and efforts were very much appreciated, and we consider ourselves fortunate to have worked with such a capable team. 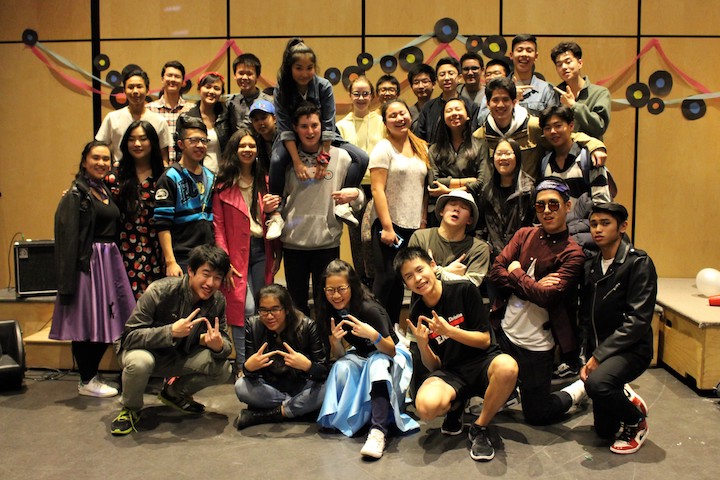 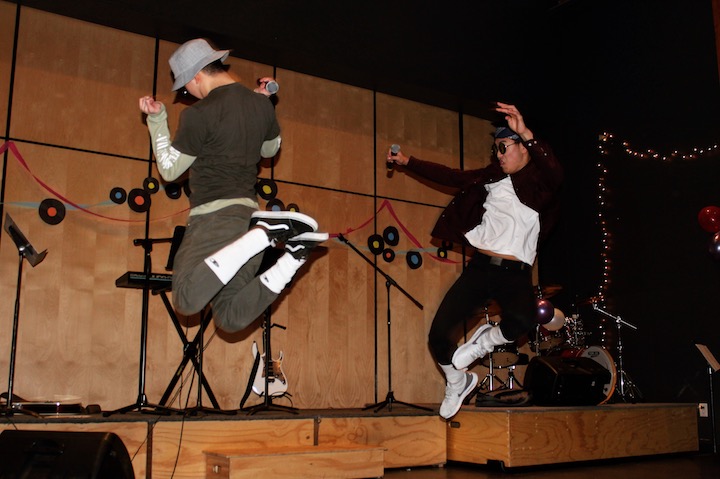 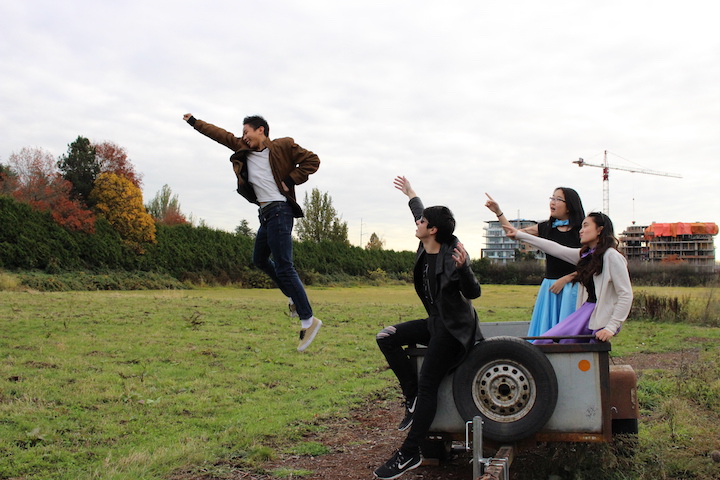 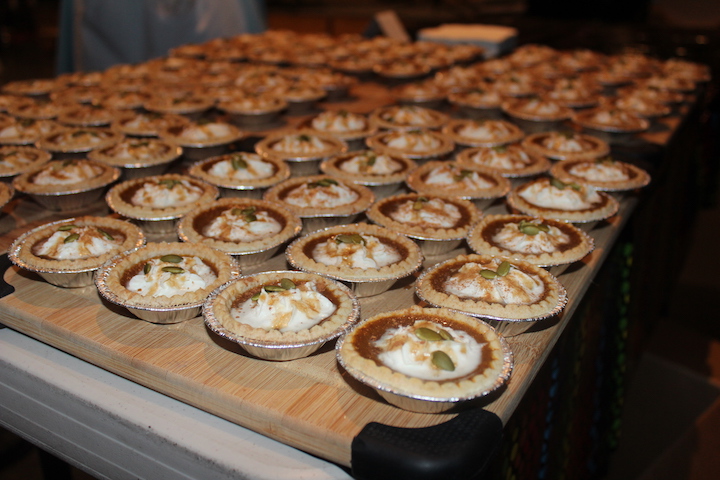 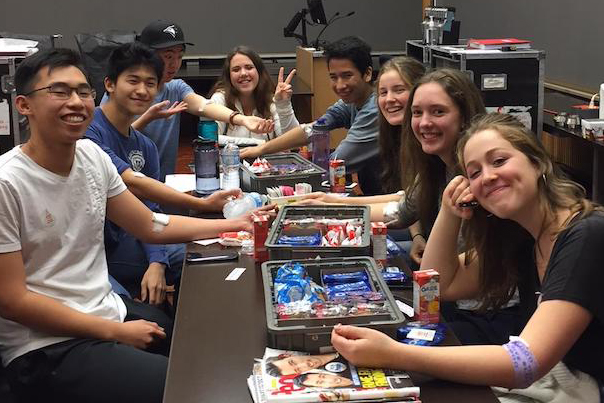 On Wednesday November 29, us group of grade 12’s bonded over donating blood together. With buckling knees we hopped on the bus, arrived at Kwantlen Polytechnic University and were interviewed. Seven of us made the cut and were soon seated and prepped to donate. We were all relieved that the blood donating process was not painful nor scary at all. It was fun to donate all together and especially fun to gorge ourselves on free cookies after. It was a successful event and we expect even more donors for the blood drive coming up in spring!

Do you have a heart for service and are interested in seeing Kingdom living at work? Have you ever wondered about the impact your donations are making in the lives of children at International China Concern’s Hengyang project? We are pleased to announce that RCS will be organizing a short term ICC missions trip in the summer of 2019!

This trip is open to students who will be entering Grades 10-12 in the 2018-2019 school year. If you are interested in learning more, please come to a mandatory ICC Missions Trip Information Night on January 24th at 7pm in the Secondary campus library. Parents or guardians of interested students must attend this meeting. For those who would like to join this trip but do not have a child in Grade 10-12, you are still welcome to attend! Priority will be given to current RCS students but we would love to share this amazing experience with you if room is available. If you are unable to attend but would like to know more, please contact Angela Wilson or Bernice Wong. 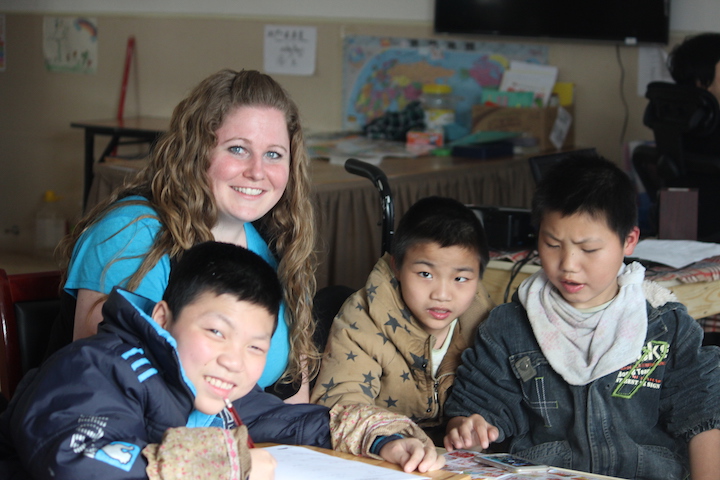 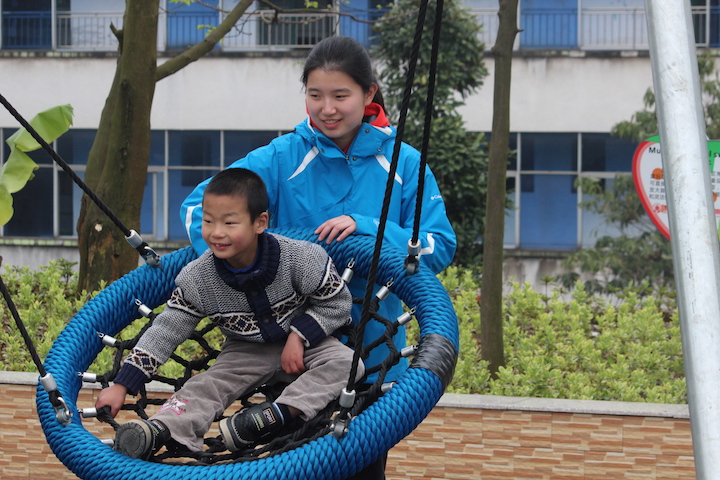 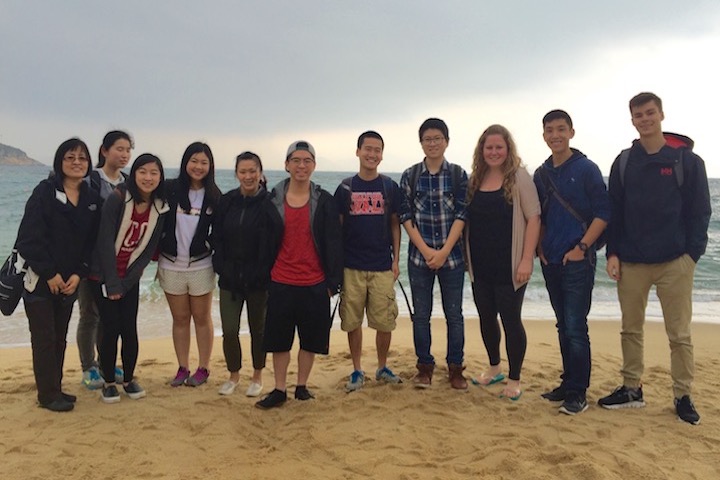 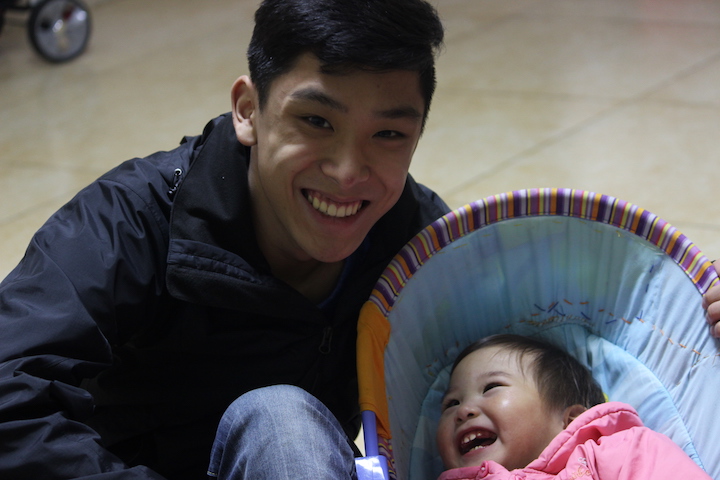 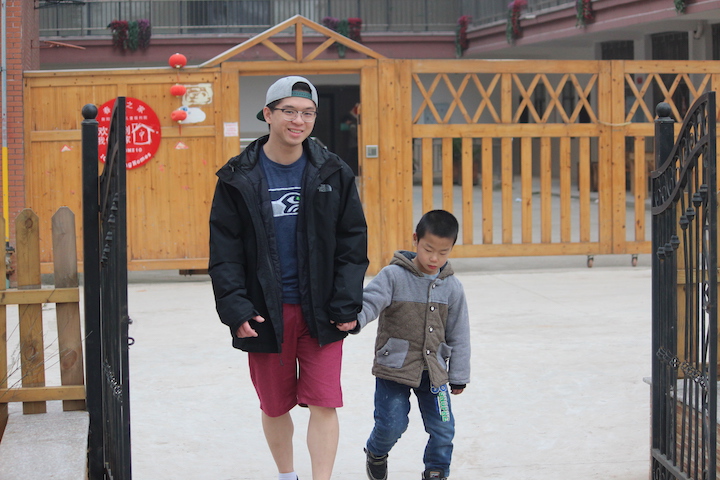 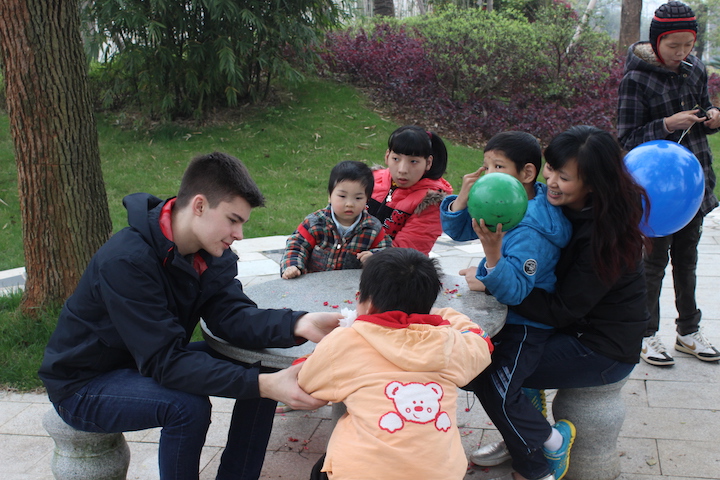