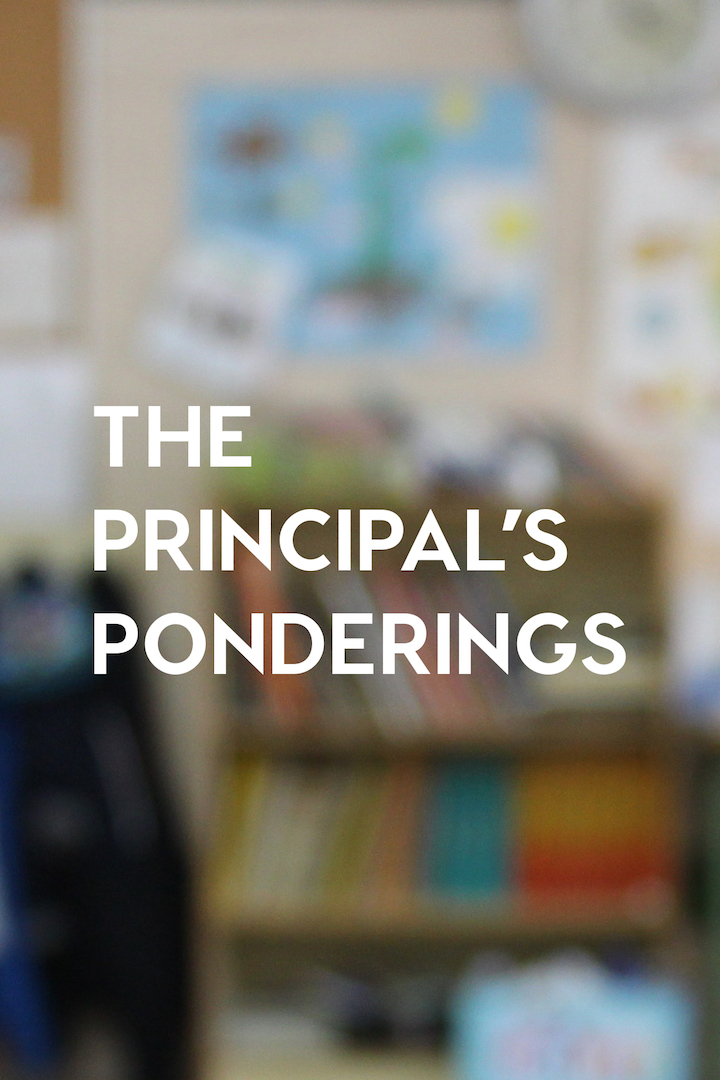 It is hard to believe that we are midway through this school year!

What an exciting journey it has been thus far as your Principal. I am truly blessed to work alongside parents who are committed to the spiritual formation of their children and a staff who are keen and eager to challenge children to ‘Dig Deeper’ in their relationship with Jesus and each other. It is a privilege to enter into the Holy work of discipleship with you. Christian education invites us into the unique experience of teaching curriculum through a biblical lens!

Jamie Smith, a Professor at Calvin College challenges us to think about education more holistically. He states:

I find this perspective to be challenging and refreshing at the same time! I love the idea that Christian education can transform our imaginations because when imaginations are engaged then our students are empowered to re-imagine the world as it could be and not simply to reproduce the world that currently exists!

I shall leave you with this last reminder from William Butler Yeats:

Education is not the filling of a pail but the lighting of a fire. 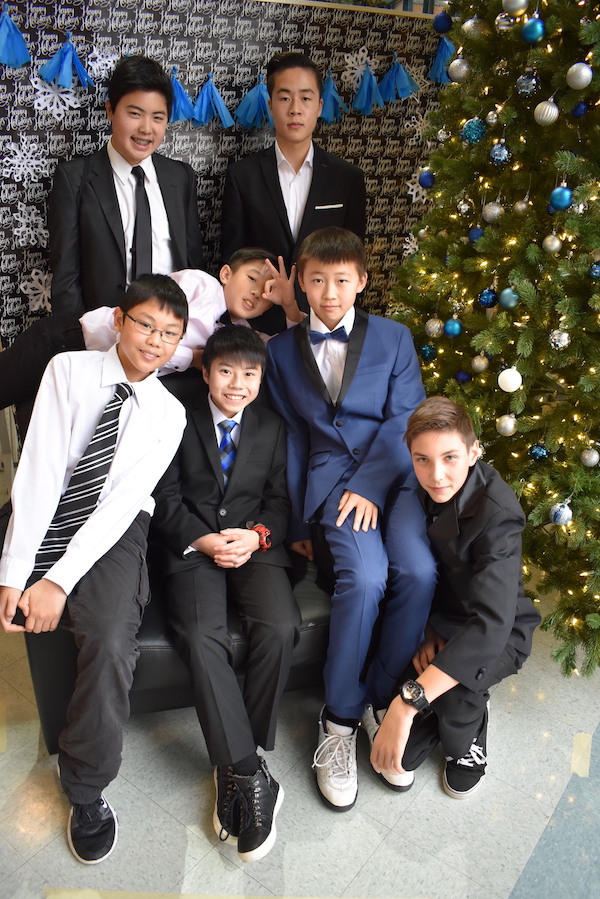 A major highlight of the middle campus school year is our Christmas Formal Day event.  Each year, 11-13 year olds magically transform into young men and women (at least in appearance), as they dress their best!  Their formal attire brings a fun change from the usual experience of daily life at the middle campus. Students and staff enjoyed a delicious lunch prepared by Bread Garden and served by our wonderful parent volunteers, who also put their time and energy into turning our atrium into a beautifully-decorated Christmas banquet hall. Being “formal” does not mean an end to fun of course, and so the event ended with our homeroom classes competing to build the largest gingerbread tower. It was a wonderful time of joy and fellowship as we prepared to begin our long Christmas break! 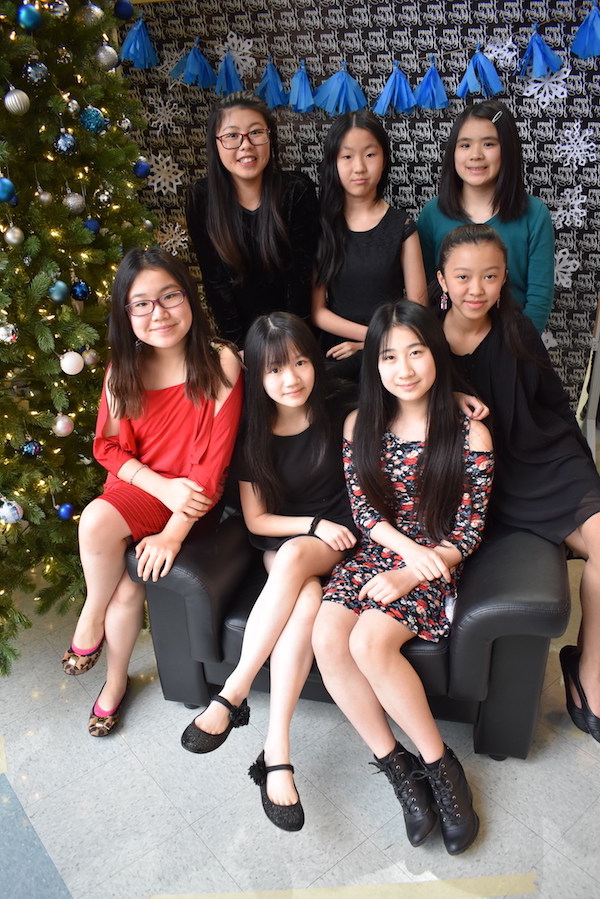 The Scholastic Book fair is coming to the Middle Campus February 13-16!

We will have hundreds of titles for students to purchase during school hours as well as a selection of Christian books, bibles and devotionals from Pilgrim Book and Bible.  Additionally, the fair will be open 12-8:30 during parent-student-teacher interviews (Wednesday, February 14th) for the entire family to access. Mark your calendars and watch out for a promo flyer with featured books coming your way February 9th. 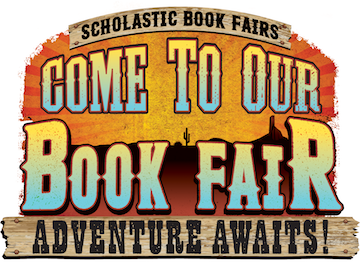 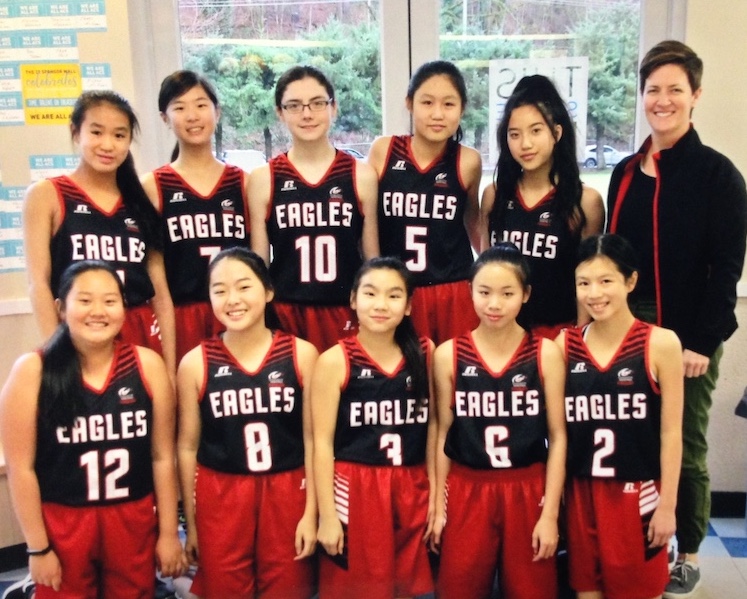 Basketball is in full swing at the middle campus! We have had the grade 8’s playing since December in the Richmond league, 5 other teams practicing out of one small gym and 3 teams had tournaments this month! The grade 8’s are wrapping up their seasons next week, with playoffs for both teams. The girls have had success (5-3 record) in the local league, while the boys did well at the Christian schools tournament (7th of 13 teams). They certainly all look sharp in our new uniforms!

We had over 20 grade 6 girls wanting to play ball, so many that we created 2 teams, this is awesome!

The grade 6 teams have mini-tournaments on Feb. 2, all grade 6 and 7 teams have Christian school’s tournaments coming up on February 7 or 8, look for results in a future Buzz edition. Thank you to Mr. Josh Wong and Ms. Rachel Peters for their commitment to the grade 8 teams and their long seasons. Also thank you’s go out to Mr. Finch: 7 boys coach, Erika DyNing and Tim Cheung: 7 girls coaches (former RCS grads), Mr. Friesen: 6 boys coach and Mrs. Bonnie Burton: 6 girls coach. These volunteers run practices, organize rides to games and coach during games and tournaments, again, thank you!

Chemistry students studying the differences between physical and chemical changes of matter. 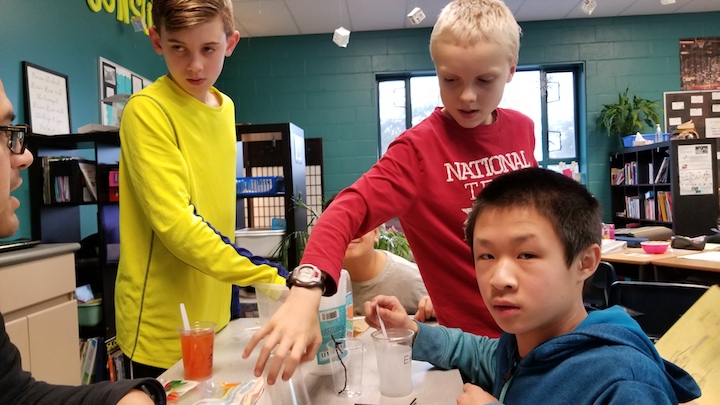 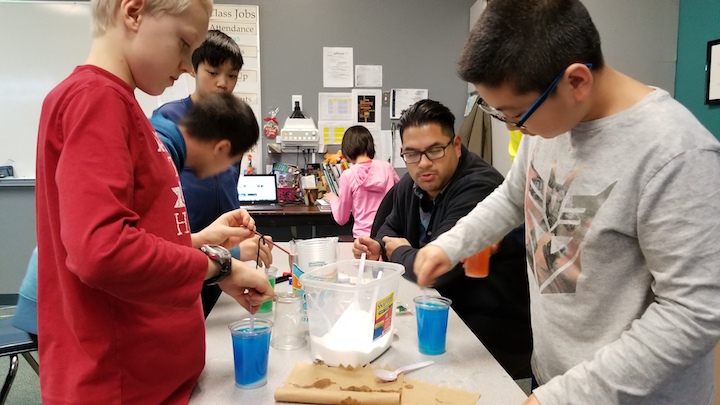