Staff Honour the “Salt of the School” at Volunteer Appreciation Lunch

Volunteers are crucial to the RCS community, and on April 12, we honoured those who have served abundantly.

RCS is grateful for all of the parents who give of their time, but some give hours and hours more than asked by reading with kids week after week, helping in various classrooms, driving and supervising field trips and much more. To those parents, we like to say a special thank you through the annual Volunteer Appreciation Lunch.

Forty exceptional parent volunteers gathered in the Secondary Campus Library for a delicious lunch of hors d’oeuvres and appetizers including shrimp, vegetables, charcuterie, and a platter of giant cupcakes, thanks to Ann-Michele Ewert in the development office. In addition to enjoying the food and the parents’ company, some key staff members acknowledged the contributions of our parents through words of gratitude.

“It’s the community that makes our school amazing,” said Brad Martens, the vice-principal of the Secondary Campus. “Without you, our school just wouldn’t be the same.”

Edith Walker, the principal of the Middle Campus, echoed Mr. Martens, saying, “You are the glue that really holds this place together and allows us to do our jobs.”

Finally, Darlene Neufeld, the principal of the Elementary Campus, compared parent volunteers to the salt in a cake. “It’s just a little bit. But without a little salt, a cake just doesn’t work. Without you, we’re not a school.”

Many more parents are worthy of a thank you than we were able to honour on Wednesday. We invited 78 parents to attend the lunch, and we hope to see even more next year. 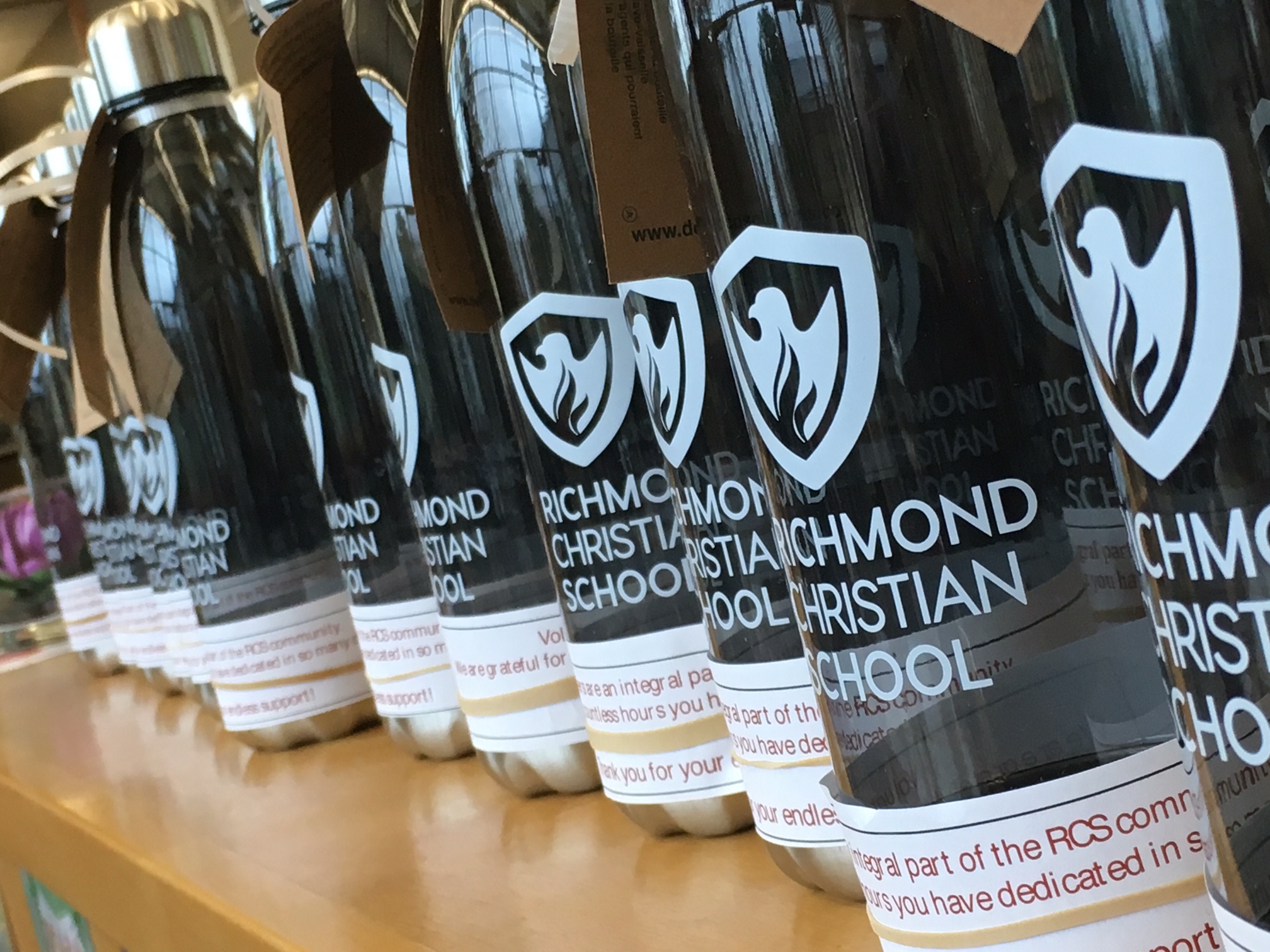 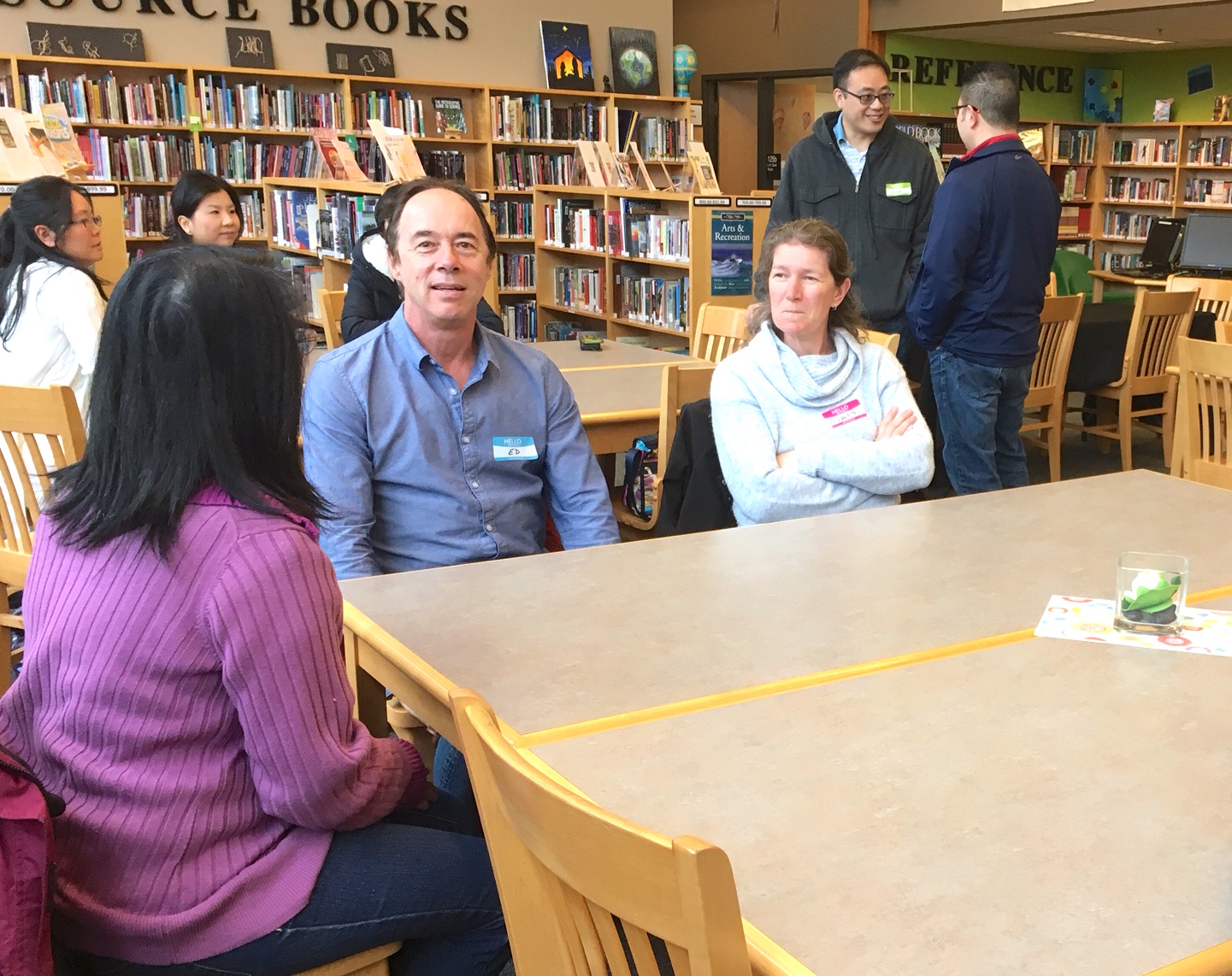 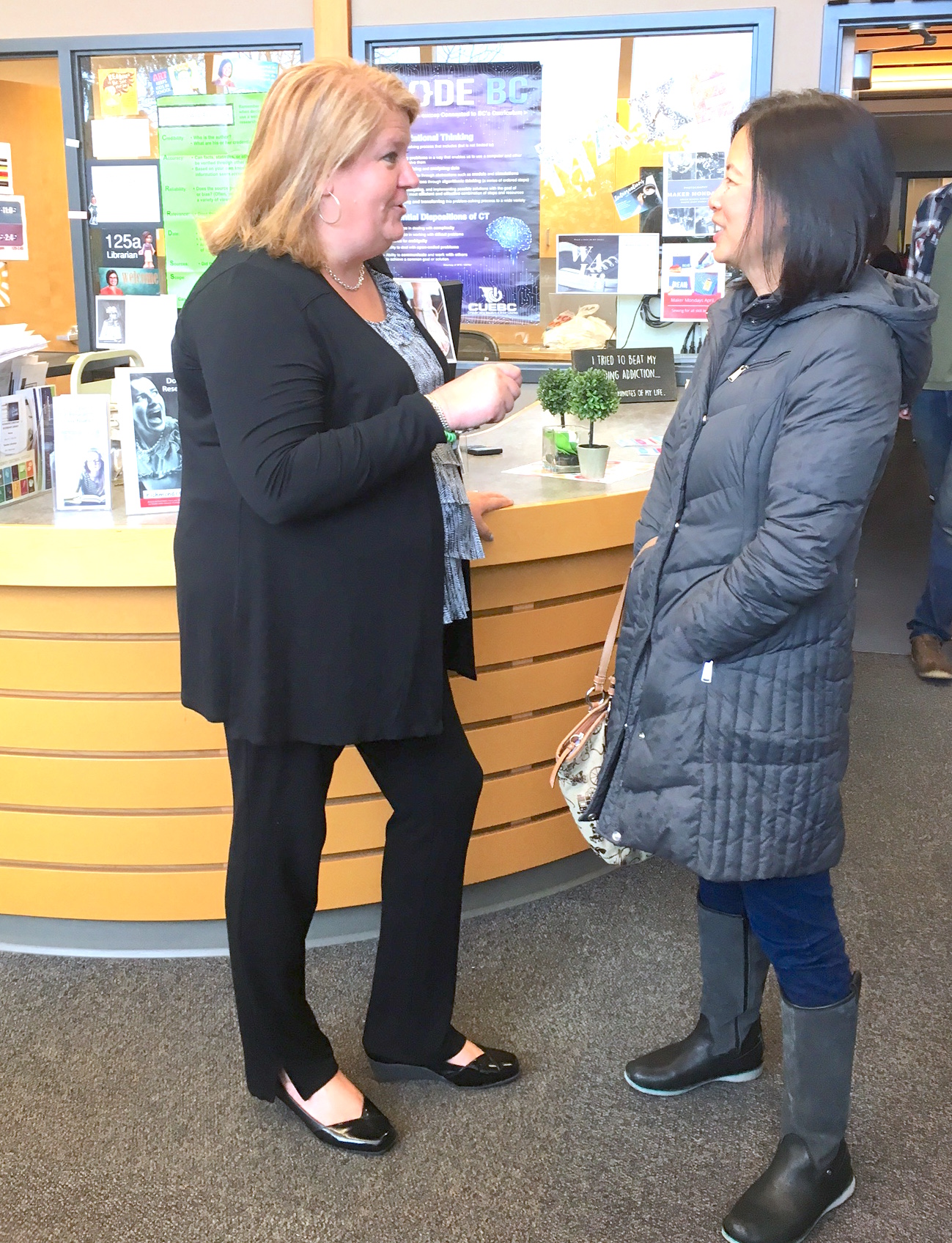 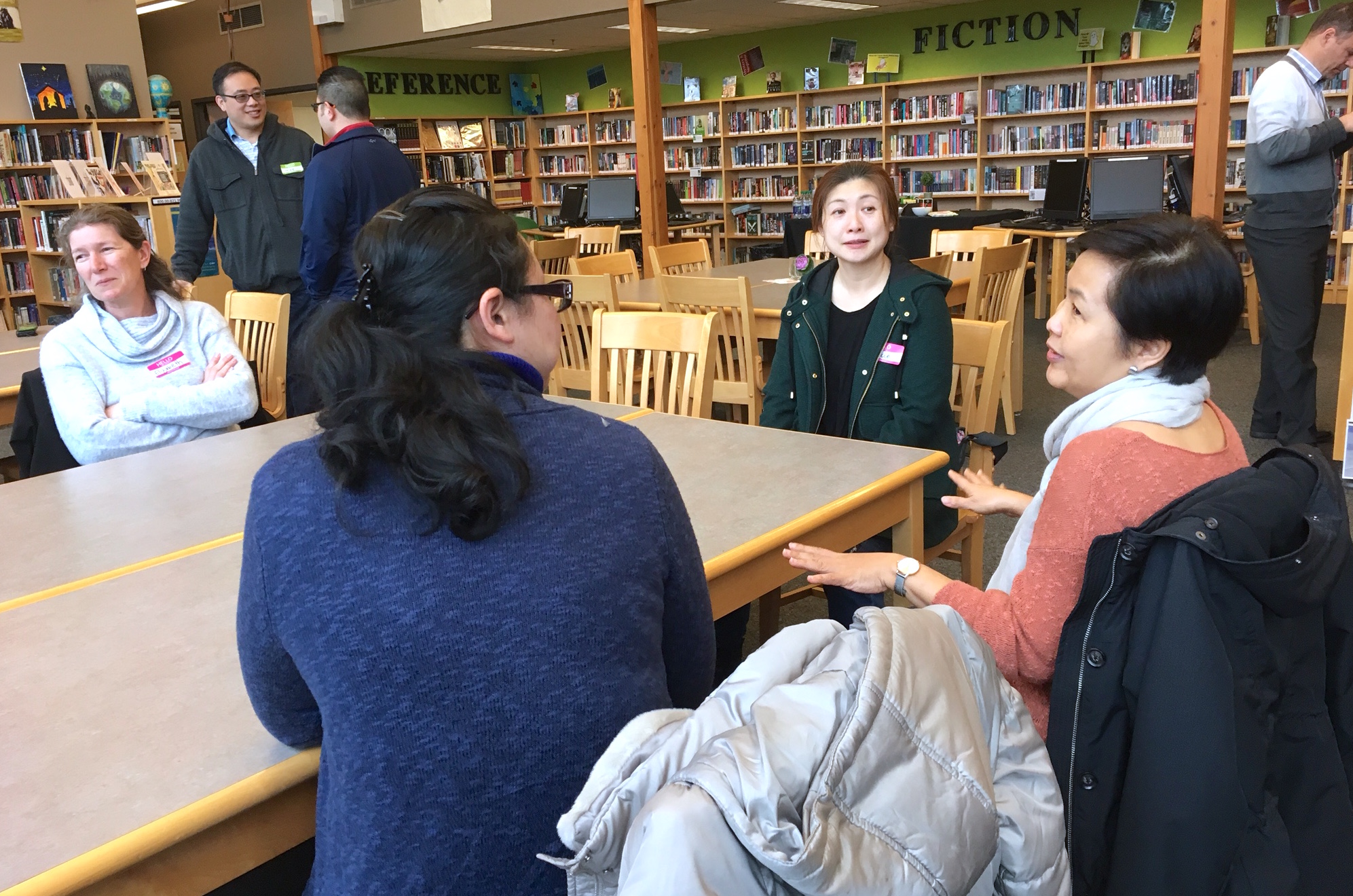 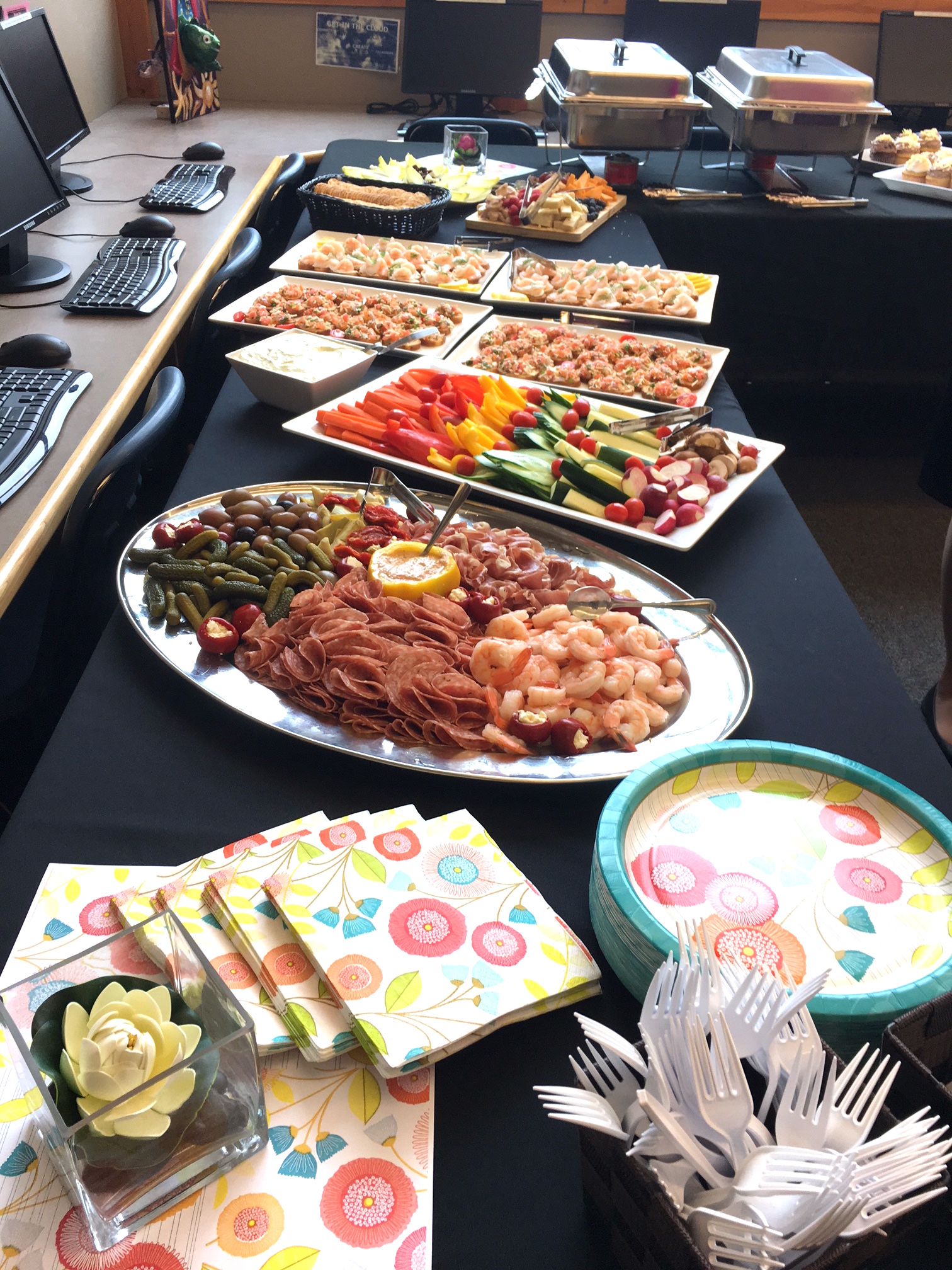 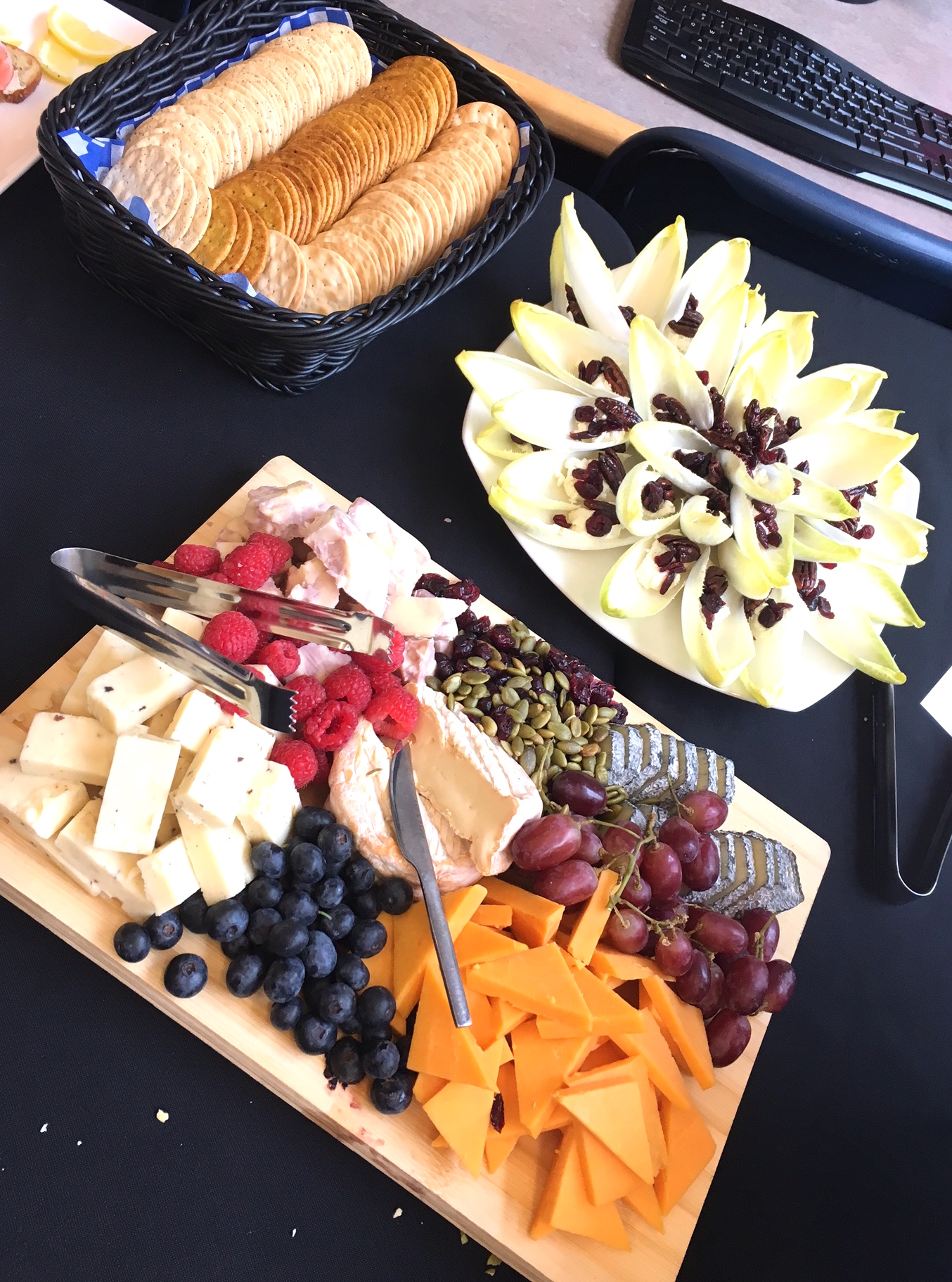 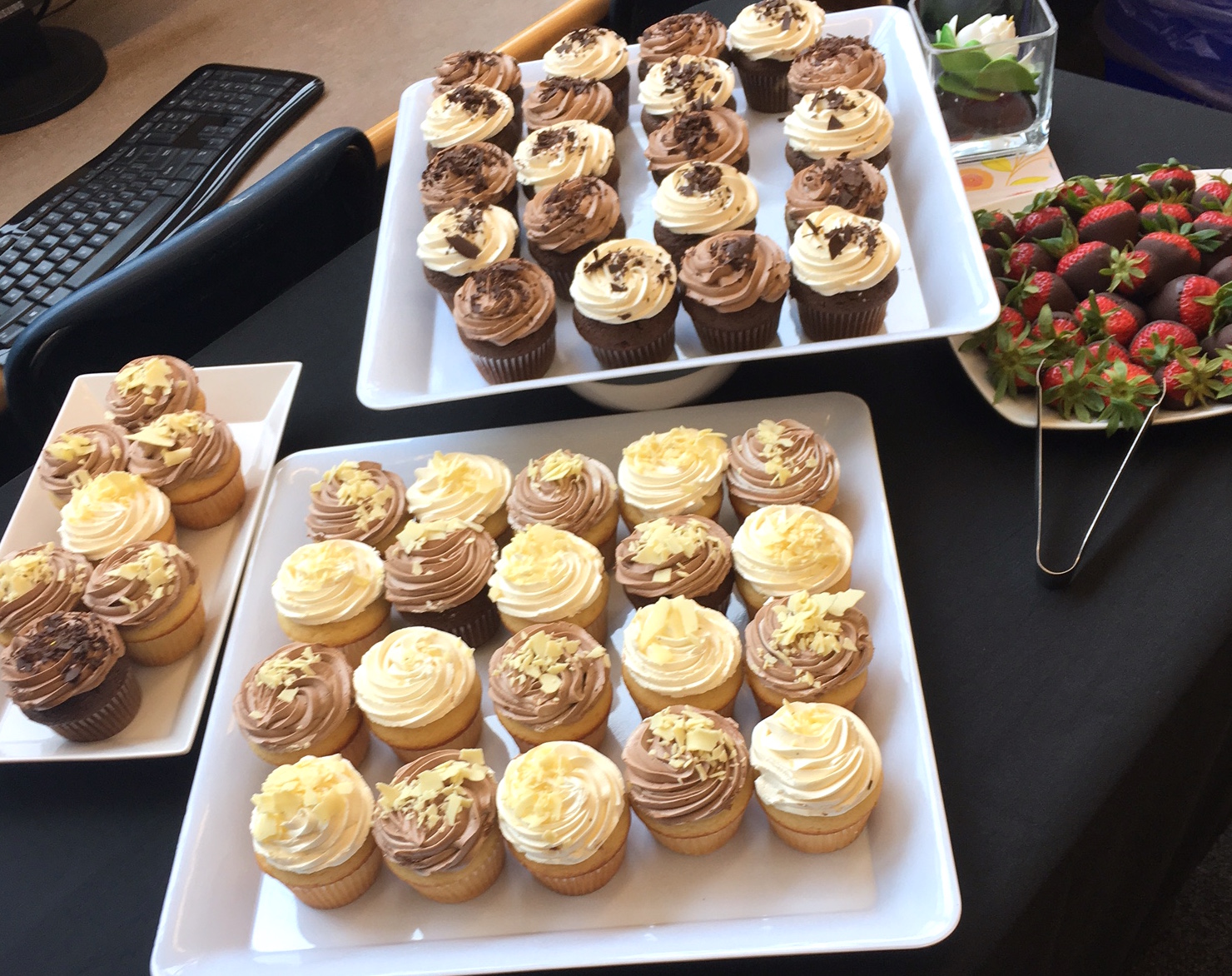 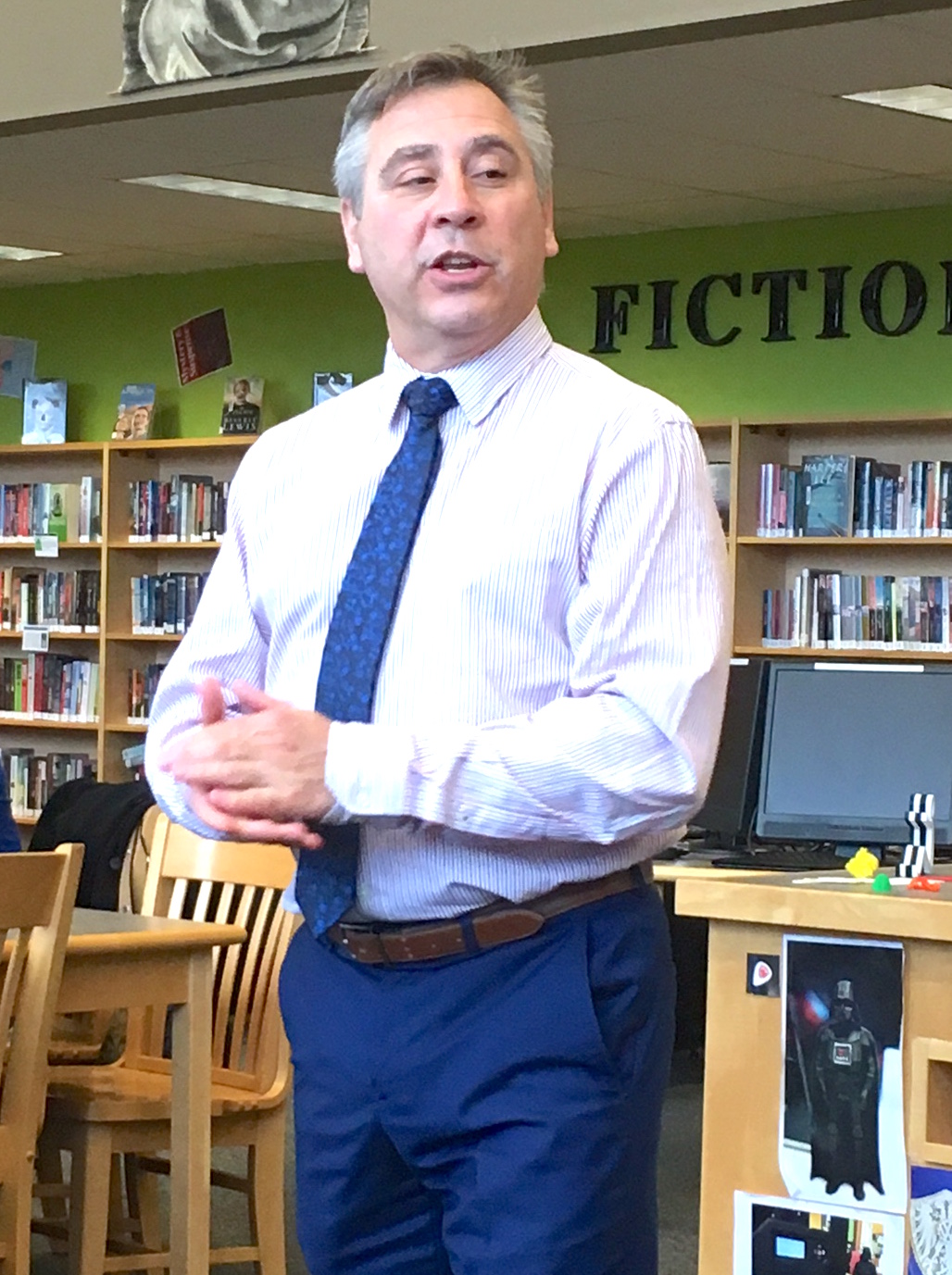 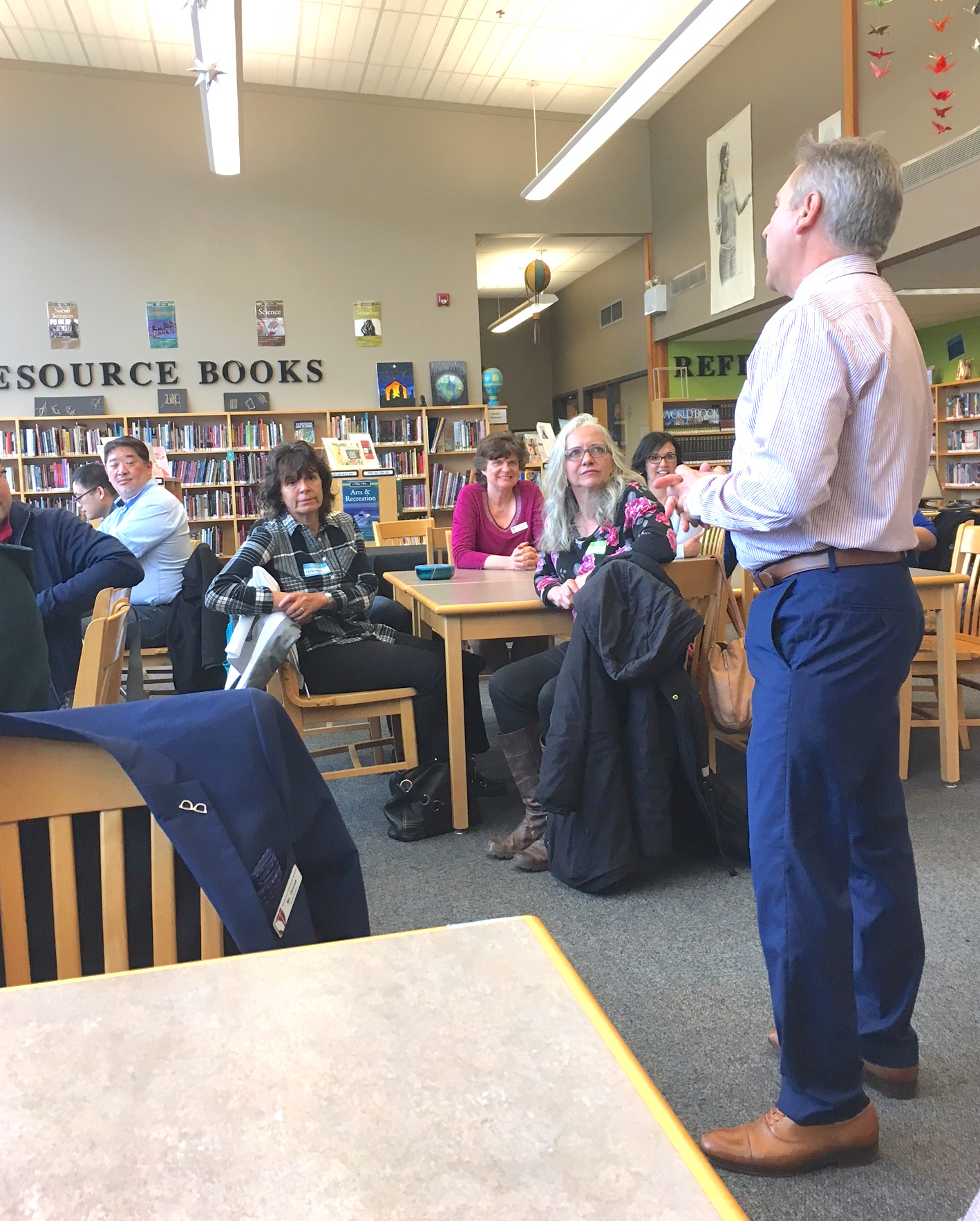 Richmond Christian School has taken an important step toward an even stronger, more sustainable future.

On April 10 at a special meeting, the Society of the Richmond Christian School Association voted to adopt an updated constitution and bylaws that comply with the B.C. government’s new Societies Act.

The Societies Act, with which all B.C. not-for-profit organizations must comply, modernizes legislation to ensure that B.C. not-for-profits keep in step with the rest of their Canadian counterparts. Themes in the new act include enhanced transparency, flexibility, and accountability.

“This is excellent news for RCS,” said Superintended Roger Grose. “Our new constitution and bylaws, which define us, are about so much more than compliance—they’ll help strengthen RCS even more through a new generation of governance and leadership. For example, we’ve acknowledged the changing landscape of families by allowing each qualified parent to have a voice in the society.”

The RCS Society voted in November 2016 to prioritize the review of RCS’s existing constitution and bylaws. They engaged a lawyer, Ken Volkenant of De Jager Volkenant & Company, to assist with the revisions drafted through the collaboration of the board and policy committee.

Volkenant, who presented an overview of the changes at the meeting, noted that he found the RCS board and policy committee “very engaged,” and commended their work on the review process.

Highlights of the new constitution and bylaws include the following:

• The constitution now includes only the RCS name and purposes.
• All other information, including the RCS statement of faith, is now part of the RCS bylaws. The statement of faith remains unchanged.
• RCS’s purposes have been broadened to include the advancement of religion and the relief of poverty.
• Society membership is now available to each of a student’s parents or guardians. Previously, only one family member per student was permitted membership. Each individual society member will now be required to sign the statement of faith and affirm their support of the constitution and bylaws in order to qualify for membership.
• Previously, various points in RCS’s constitution and bylaws were considered “unalterable.” To comply with the new Societies Act, however, RCS has made these documents alterable. To maintain the integrity of the RCS identity, to change any previously unalterable portions of the constitution or bylaws, the Society must take a vote and achieve a 90 per cent majority.

If you have questions about the new Societies Act, read this FAQ.

The RCS board members and policy committee put an extraordinary amount of time and heart into revising our new constitution and bylaws. The lawyer we engaged to help us through the process, Ken Volkenant, said he found the board and policy committee “very engaged,” commending them for their work.

Adopting these new documents—a year and a half before the province’s deadline!—is an extraordinary accomplishment. They define who we are and shape how RCS will move into the future. So to each Board Member and Policy Committee Member who contributed so selflessly—thank you.

Board Nominations are Open

If you would like to dig deeper into the work and identity of RCS, or you know someone whose expertise we shouldn’t do without, we have good news: the RCS Board of Trustees is hiring! There are four board vacancies to fill. Please submit your nominations to Simon Tang, the Chair of the Board of Trustees, by May 5. Remember, all nominees must be Society members, have served on an RCS committee in the past, and preferably have had some other board experience such as a church or organizational board.

Send nominations or questions to Simon at chair@myrcs.ca.

Chitty Chitty Bang Bang! is coming to Gateway Theatre May 18 – 20!

Tickets go on sale Monday, April 17 at noon. They can be purchased online at www.gatewaytheatre.com/tickets or save the credit card charge and go to the Gateway Box Office at 6500 Gilbert Road, Richmond.

*If your family is facing financial hardship, just let us know! Generous families often sponsor tickets, so you can “pay what you can.” Simply stop in to see friendly Mrs. Tami Johnson at the Secondary Campus, let her know how many tickets (immediate family only), which performance, and “pay what you can” by cash or cheque. Then when you come to see the show at Gateway Theatre, your tickets will be at the Box Office to pick up.

The novels were written by Ian Fleming, most famous for creating James Bond.
The movie was written by Roald Dahl, most famous for Charlie and the Chocolate Factory and James and the Giant Peach.
The music for the musical was written by the same composers who wrote Mary Poppins. Catchy!
The London Stage musical was written in 2002.
The stage version differs from the film in a few important ways.
The fatherly Caractacus Potts is every bit as charming as the movie version, but the story balances the characters and tells the story of the family.
The stage version gives more comedy to the Spies. Our version has three spies, not two!
The stage version replaces the dark humour of the Baron and Baroness with comic playfulness.

Interesting Facts about our RCS Production:

Rehearsals have been underway since October! Four hours every week, plus actors practice on their own.

THE CAR: Do we really have a FLYING car??
RCS sent two representatives South of the Border to purchase a magical car just for this production! Born at Astra Entertainment for CCBB, Chitty is currently hibernating for the winter. With a little work, a lot of love, and a dash of imagination, Chitty will drive, float and fly for you!

HATS OFF to Costumes!
Many of the pieces you will see were used in professional shows such as Align Entertainment’s Chitty Chitty Bang Bang. Other pieces were creatively produced by a parent-teacher volunteer sewing team. The actors really make the garments come to life!

Why CCBB?
To choose a musical, the directors get together and pray for God’s guidance to illuminate the talent He has brought to RCS. Then they search for scripts that bring God joy, invest in the students, and are stories worth telling. When Mrs. Osborne and Ms. Johnsey saw Chitty Chitty Bang Bang, they fell in love with the charming characters, the witty comedy, and the bizarre and imaginative land of Vulgaria! 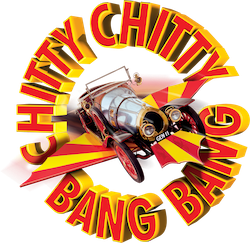 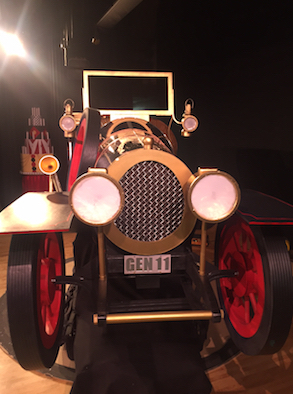